Fr Kiibi From Mowzey Radio’s Requiem Mass, Set to Graduate With a Masters in Journalism 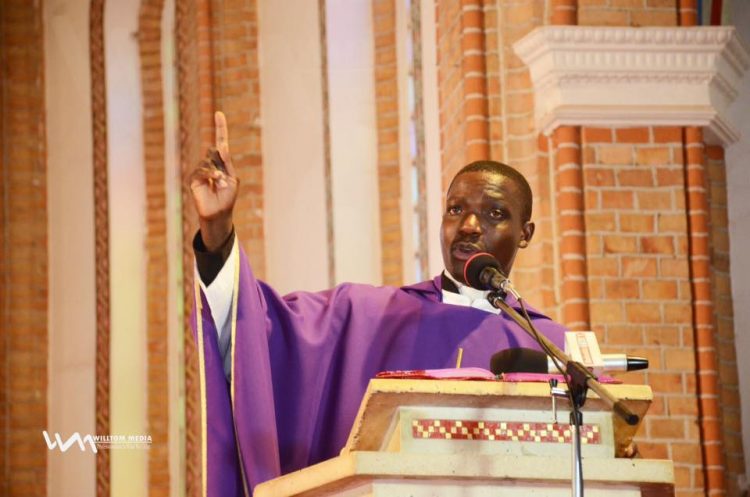 Father Deogratias Kiibi Kateregga, a priest from Rubaga Cathedral who became more popular after he preached at the late Mozey Radio’s requiem mass on 2nd February 2018 is set to graduate.

The man of God, left the mourners worried about their future when he preached against over spending of money in public entertainment places without preparing their way to heaven. He advised the congregation which was full of celebrities to start preparing their future after they die with phrases like “kolerera akalambo ko” which is translated as work for your dead body.

He is set to graduate from Makerere University on it’s 4th day of the 70th graduation ceremony with a Masters in Journalism which he started in the 2016/2017 academic year.

Fr Kiibi holds a Bachelors degree in Philosophy, a Master’s degree in Religious and Theological Studies.

According to the head of the Department of Journalism and Communication, Fr Kiibi joined the course three years ago and he has been practicing journalism on Radio Maria, the Catholics Radio station.

Congratulations to the man of God.

Fr Kiibi From Mowzey Radio’s Requiem Mass, Set to Graduate With a Masters in Journalism