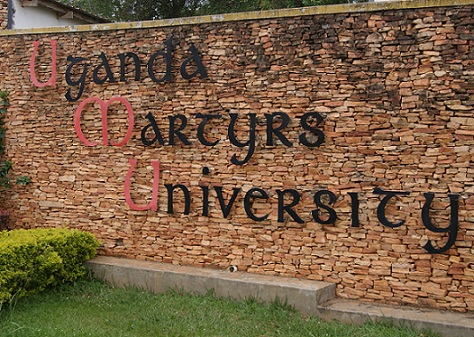 The Uganda Martyrs University -UMU Nkozi has reminded on President Yoweri Museveni to fulfill his 2018 pledge of Sh500 million towards the Jubilee block construction and bus purchasing.

President Museveni made a pledge of Shs520 million towards supporting several projects at UMU Nkozi of which Shs 400million was is for the contribution towards constructing a proposed silver jubilee complex worth Shs16 billion at Rubaga Campus, Shs100 million to Equator Project for the university’s alumni association, and Shs20 million to the university community SACCO.

Speaking during the 28th UMU graduation ceremony at the University main campus Nkozi in Mpigi district today, the Vice Chancellor Prof. Patrick Edrin Kyamanywa requested the Finance Minister Matia Kasaija to deliver their reminder to President Museveni that the pledge should also be revised upwards due to current economic situation.

Prof. Kyamanywa also requested Kasaija to be the University champion in resource mobilization towards the support of the two projects.

Prof. Kyamanywa further suggested to the government that the affirmative action be made to the private sector in harmonizing the staff salaries that are challenged with the prevailing economic uncertainties and increasing public workers salaries.

Meanwhile, Prof Kyamanywa has declared the University will celebrate it’s 30 years of establishment that will see it manifesting it’s adulthood.