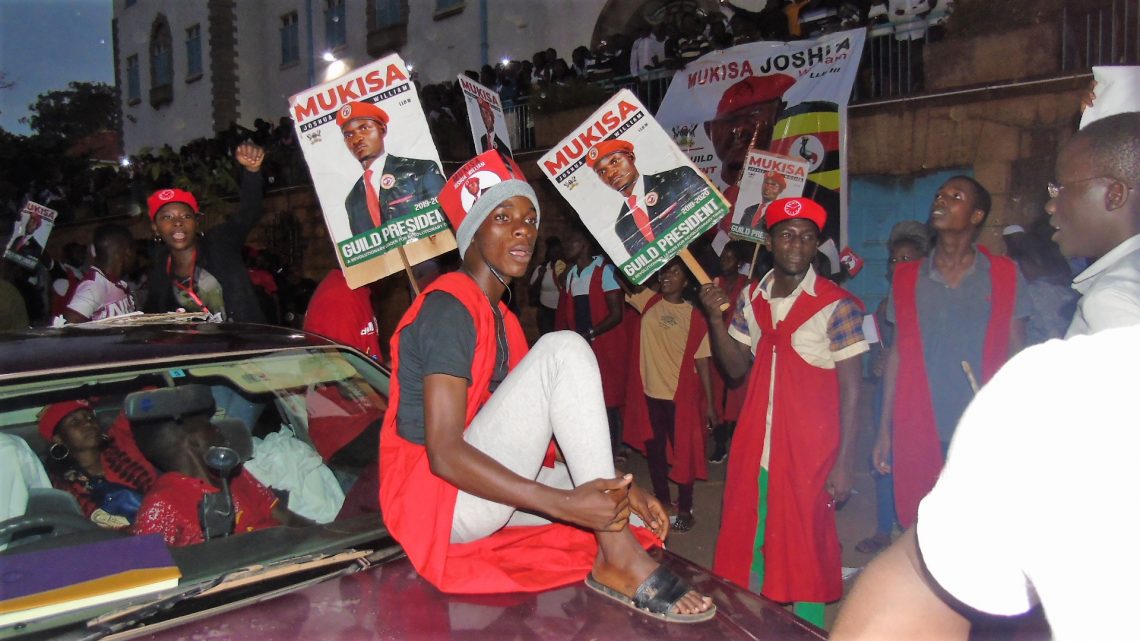 The Makerere University guild campaigns were officially sealed last night with a final rally that was held at the university’s Freedom Square ahead of elections slated for today. Fresh off from lecturers, we made an encounter with several students who attended the rally for the first time, yes, it was their maiden turn up.

Freshers, they preferred to call themselves, basing on the fact that they are still in their first year even if it’s not semester one anymore. Well, they graced the rally as an outing type of thing as we captured many of them at the venue enjoying some nyama choma, at the same time having those deep convos while relaxing at the ever green Freedom Square.

Feel like you missed something yet? As students waited for their preferred aspirants to show up for the rally, the event began with a performance from Makerere’s Lil Andy in the middle of excitement and jubilations.

It was a bit disappointing for students to wait for the strong candidates to show up but all in vein. Candidates like Mukisa Joshua and Kateregga Julius preferred to spend their time matching with fans, which later scattered the crowd that had earlier gathered at freedom square.

A few aspirants spoke to the gathered students, at the same time when their opponents’ fans were chanting names of their candidates. However, the event, which didn’t serve it’s planned purpose fully attracted a massive crowd, despite the scattered nature it appeared.

The real excitement went down during the matching of guild aspirants alongside their fans, as they walked from one Makerere road to another.

We captured the moments as they unfolded in a series of pictures below;