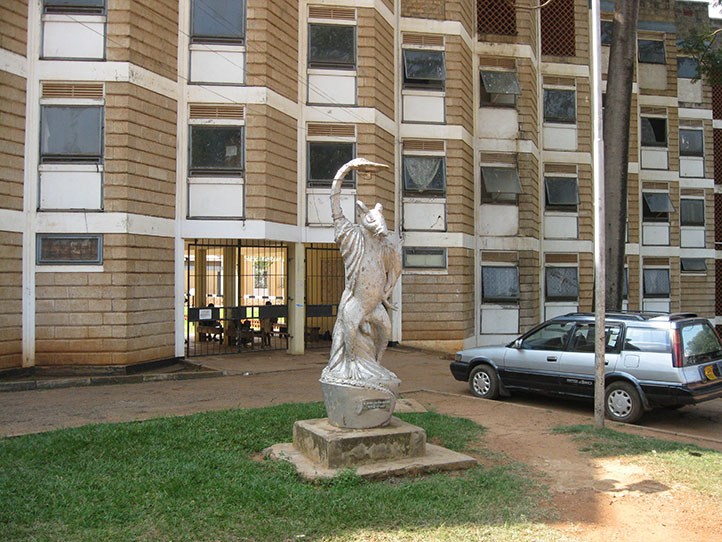 A yet to be identified young lady was on Monday found unconscious in Mitchell Hall of residence in Makerere University following suspected drug abuse. According to the Kampala metropolitan police spokesperson, Patrick Onyango, the lady was discovered in a room belonging to Polly Bandola, a fourth year student pursuing a Bachelor of Medicine.

Onyago added that they arrested Bandola after  discovering shisha concoctions, a big cigar, a coca cola bottle with protruding tubes, several condoms among others things. Apparently, Frank Mugwizi, the hall warden tipped off police following Bandola’s weird behavior. Police found the lady blacked out and she was later taken to hospital for medical help.

“We had to rush the lady to the hospital since we suspected that she had consumed the concoctions. We also suspect that she could have been sexually assaulted since the concoctions found in his room very reactive and could make someone get intoxicated within a very short period,” Onyango revealed.

Some of Bandola’s friends rubbished the allegations while explaining that the former student leader was framed. Bandola reportedly participated in several protests against the university’s decision to hike tuition fees and his friends believe it is a move aimed at spoiling his reputation.