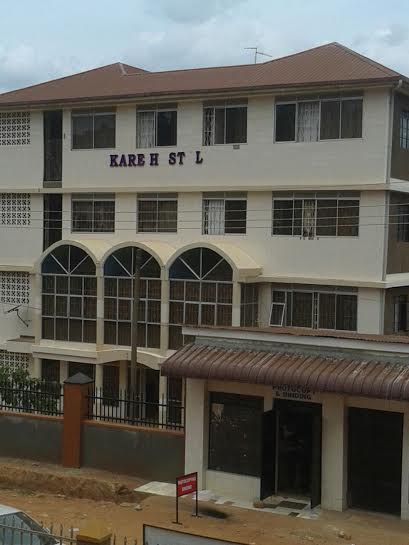 KIKONI: Recently there has been change of ownership of Makerere Kikoni based hostel, Masaku from one Mark Masaku to IGP Gen. Kayihura.
The general recently through his acquaintance identified as Peter bought the fancy looking hostel for a freaking whooping shs900 million and has on various occasions been sighted around the Kikoni based hostel giving directives as per the renovations currently taking place there.

Gen. Kayihura is face lifting the hostel, first changing its name from Masaku to now Kare then providing new shuttles that will provide daily transportation facilities to the occupants to and from the campus in the mornings and evenings respectively.
A new exotic five star Kikoni restaurant construction too is underway within the hostel premises and will provide meals to the students.
According to a reliable source close to Mark (former owner of the hostel), it’s said that he was forced to sell off the lavish hostel due to an overwhelming loan he had previously acquired from Crane Bank.
After toiling for several months, Mark failed to pay his loan leaving him with only one straight solution, sell his hostel off cheap.