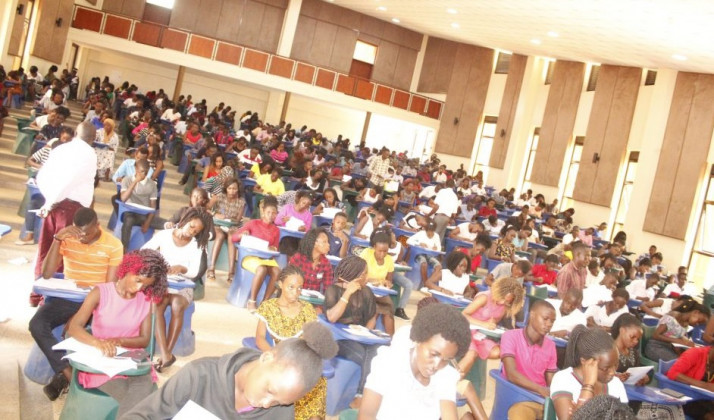 It is about four weeks ago when Kyambogo University’s Administration extended the semester by a month, at the request of a number of students and lecturers who made the plea on purely academic grounds.

Most of the students were over the moon and on cloud nine as they were given ample time to learn and read ahead of pressurizing tests and examinations.

This saw tests being pushed further and examinations that should have started on 8th August were pushed to 6th September 2022, causing indescribable excitement among the students who had already been stressed to death.

The fact that many of the lecturers had nearly taught the entire syllabi of most course units trying to chase time as they didn’t hope for the semester being extended resulted into most of them finishing earlier than now scheduled.

Well, except for students that had been delayed by Internship and those doing engineering projects. This has caused so much redundancy among the students.

One can possibly think of a million things that a redundant campus student might be doing till 6th September.

It is such an enjoyment period for the guys and girls who are interested in soccer. It’s a new season. Most of the students already finished their tests and course works.

Imagine the fun these people have on every weekend as they scream excitedly and shake the ground when their teams score. And it’s not just the soccer fans having the fun. Do you have a friend who celebrated or is yet to celebrate a birthday this August?

Partying all night and dancing themselves off. Someone will say, “we don’t have a lecture tomorrow. I might as well dance all night, I will sleep the entire day tomorrow.”

Wow! And how about these students whose lectures and tests keep getting postponed by lecturers who think there’s still a lot of time? That a student will spend the entire night reading for a test or preparing a presentation only to be told when she reaches the lecture room that the test has been postponed.

The lovely couples surely can’t be forgotten. Do you ever notice them at those cozy ice cream points all     acting lovey-dovey.

A million dates there are this month. After all, who gets tired of posting that “Love Is A Beautiful Thing” every weekend.

The girls who get tired of reading so quickly now hung out at the salons. Guess how more beautiful they’re when they walk out of those salons with completely new hair. You might as well turn your head to stare until your neck breaks.

These students who claim they read better at hostels or halls of residence may as well be eating than they are reading. Imagine a whole two weeks without moving out of that room.

You might decide to eat a snack so that you might not fall asleep and guess how much food you will have consumed in five hours.

We are not forgetting the difficult economic situation of the country at the moment.

Students claimed that they will devote the free time to their books. But guess how much time has been wasted already. Too much time, isn’t it? The “I will read tomorrow ” motto of some students.

Now the tomorrows are numbered. It’s less than a month to examinations now. Can the semester’s extension be justified?