by Ashley Kembabazi 5 years ago5 years ago
Share via

OLYMPIA AGAIN!! Is it the overwhelming numbers of whores in Olympia hostel or the administration is overly man hungry?

The prestigious Olympia hostel in Makerere Kikoni today morning surprised it’s inhabitants with a notice that left most burst out laughing and others shaking their heads in disbelief.

It is not everyday that a student wakes up to shs100,000 on a silver plate unless he was on “kyeyo” during holidays. On second thought, an average Olympian spends that on blunts a day, I guess the adminstration was not wrong to put up a new rule of fining students that host “sleep-overs” (looking for free supper in 3D)- or face arrest by the police. 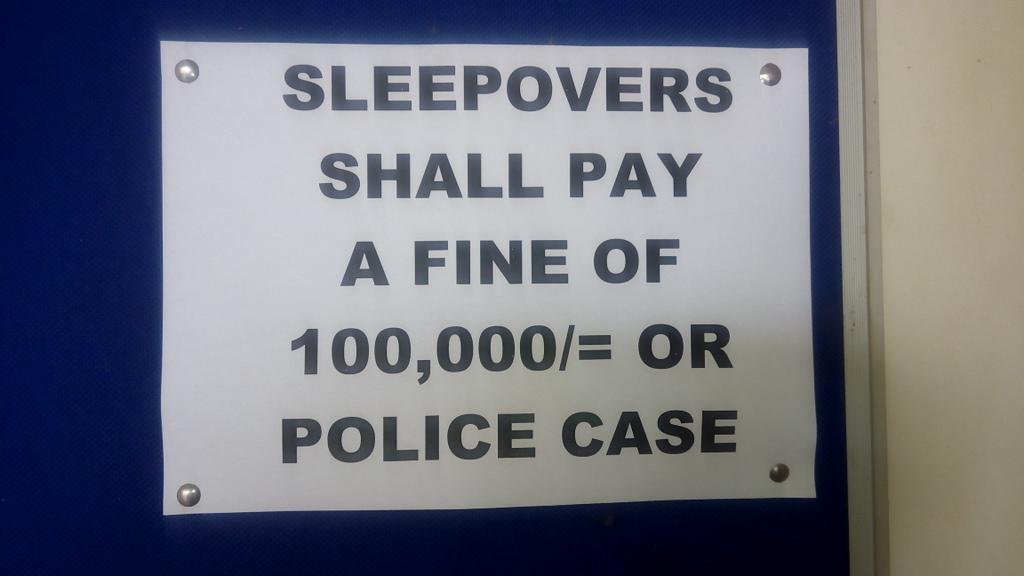 The rich kids can surely pay! What would hurt is arresting their ego. Which show off would want to spend an hour in the Police cells? The administration surely scores an “A” on this sick idea.

Olympia is one hostel that has steadily progressed in raising hostel fees but the rate at which empty rooms are booked is alarming. The “askaris” at the gate do not get time to sip on some kitoko, they’re always pre-occupied.