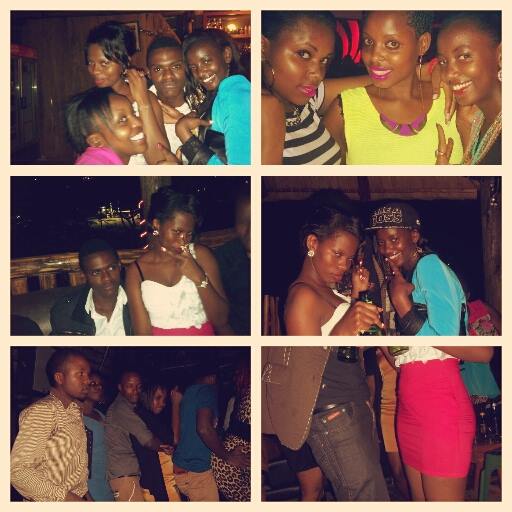 What’s trending? Joshan Katende. We could need the services of sengas too at campus now. The topic of sexual incompetence through scornful jocularity on the men by the women may have been publicly common amongst those with a marriage tag. But yesterday Joshan, a second year student belonging to the faculty of social services (SWASA) broke the silence and publicly ridiculed the entire Kyambogo University boys community ( yes boys you aren’t worth calling men unless otherwards)when she posted to one of the campus’ Facebook group pages this, “ Kyambogo guys are so weak they can’t even go for 5 minutes, shit, how I hate those bu-boys. On top of that all, they’re broke. I so hate Kyambogo fools, msttttew.”

Attacking a man is one thing but attacking his sexual charisma is another. And attacking a man’s sexuality is what Joshan did. She threw a stone in the hive and she too must expect some serious buzzing in her ears. First for any hypothesis to be stemmed as authentic, repeated continuous experimental procedures have to be carried out; so Joshan must have bedded three quarters of the campus male community which quantifies her property a UN basin and a whore or prostitute you can call her like many already have done. So by the look of things and regardless of gender, closely no one has taken Joshan hilarious post positively rather shown a great deal of anger. The dudes have continuously commented with warning messages promising mass destruction to her groin area, disciplining if they ever cross paths. One Don Elias wrote, “Gwe kaleke 1 tym she will meet a man like me hooo! She will neva again post rubbish.” While for a few ladies who continuously and praised the Kyambogo boys of being heroes in bed.

In so fairness to her feeble frailty statement, let us too pare on the harsh comments since these too make us effete and look at why these Kyambogo boys truly aren’t what they seem to be upfront.

With the overwhelming libido amongst the Kyambogo babes, many have soon opted for cheaper efficacious services from their young spouses ‘mulirywanas’ (neighbors) – the Kyambogo college boys. Who they have referred to as goloolas’ in bed rather than their classmates the campus dudes who continuously brag and boost about their sexual masculinity and dominance in bed; Yet now it’s so much evident that most of these chaps carry nothing in their pants but dicks in flaccid state 24\7 and suffer from premature ejaculation. Yes simple that’s cuming in the first seconds of virginal penetration. But many of these chaps may just be victims of circumstance. In one of senga’s issues she talks of ejaculation that always or nearly always occurs prior to or within about 1 minute of virginal penetration as being attributed to first sexual experience. Implying God goodness; Kyambogo campus is closely inhabited by virgins irrespective of their age.

These girls too claim that these campus boys don’t have time for romance as most are distressed into looking for a little change for a supper lunch rolex. Therefore they opt for the free young humble college boys who’ll show them love, care and compassion – they have the time. The Kyambogo girls are just playing sugar mummy roles just this time in more fashionable way.

To the boys, their extensive incompetent sex drive mayn’t have hurt them that much (never know these allegations maybe hold some weight) but are constant angered by their girls problems. “These girls seem to always have problems and are always begging money distinctively for everything. To an extent of asking for money for their sanitary towels, do they think we’re their fathers, we too are students like them,” one Kyambogo chap lashed out at these girls. But this all situation revolves around one simple phenomenon; human sexual psychology. The man is to provide for and take care of the woman and she too will offer acute sexual pleasure to the man. Even the bible speaks of this. But with this female emancipation coming into play, now the ladies too want a slack of this men’s sexual pleasure. So if these campus dudes won’t wholly provide for, these girls can try handling that. But what they won’t take in anymore is broke niggas constantly yearning for a piece of their paradise and yet imbeciles they’re in bed. So the young college boys who ride kandaha endlessly till the fuckdom empire – orgasm detected can’t take it no more are the last resort by these horny babes. Speaking to one college boy, he smiled, sat back and accredited every allegation against them. He too added that they often masquerade as campusers , they do the fancy- dress costume sort of thing, blend in and do the job well. Muk we’re coming!

"This Confusion of Strikes Should STOP,"- Mak Guild President