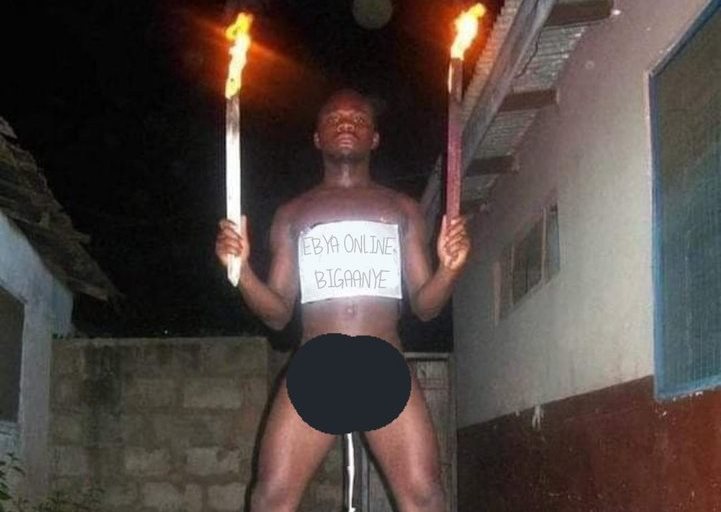 A brave young man alleged to be a student at Makerere University shocked the internet yesterday when he stripped himself naked, protesting the ongoing online mode of assessment which he says, biganye literally meaning “they have failed” 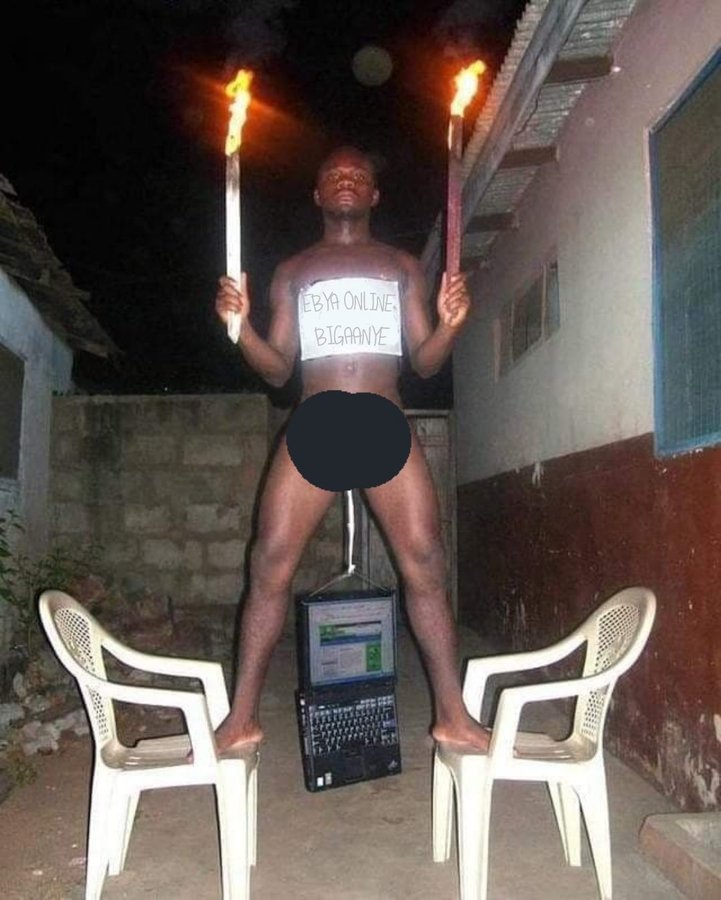 In a photo excavated from social media, this frustrated young man attached a placard around his chest indicating And as if that was not enough, he further suspended a laptop off his private part in a cause which he believes would get his views heard.

A section of tweeps wondered, among other issues, how he managed to pull off a stunt in which a laptop weighing about 3 Kilograms is hanging from his genitals.

Online Learning/Examination has left many split regarding the limitations that are attached it, however, a section of tweeps have taken a swipe on this young lad over what they call ‘dumb’ act of protest.