Government Takes Over Mountains of the Moon University 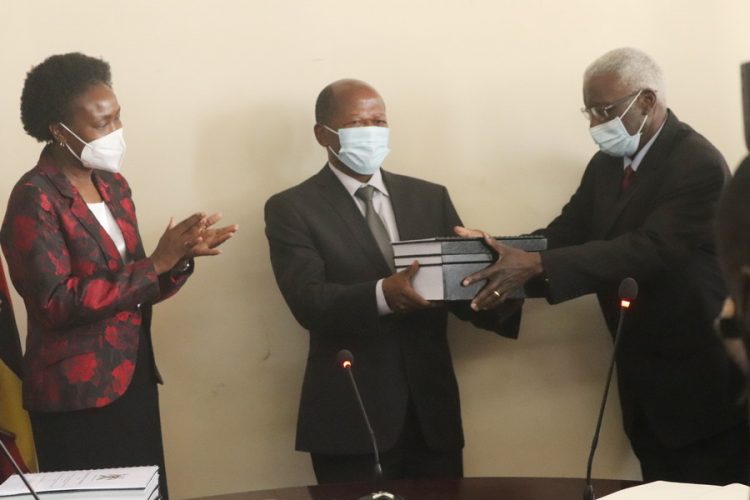 (C-R) Minister Muyingo receiving (on behalf of government) the Memorandum of Agreement from Mr. Tom Butime (Representative of the proprietors and management of the University)

Hon. Muyingo further intimated that the Attorney General would be required to gazette the university’s new status as a public university upon the eventual signing of all the university ownership documents that are preceded by the MoA.  The honourable minister further noted that full operations of the university under the direct stewardship of government will commence in July this very year.

Mr. Tom Butime, the Chairperson of the Board of Trustees, noted on behalf of the University that the government was taking over a ‘clean’ university without any debt burden and that it is hoped that the takeover will streamline the management and resourcing of the University.

In further justification of the takeover, Prof. John Kasenene, the Vice-Chancellor argued that they can no longer afford the high costs of running the institution. He also said that the university is facing a huge challenge to pay staff salaries and improve infrastructure. This can be discerned from the recent student unrest at the University, predicated on the fact that the students had reported at the university but the lecturers were not willing to conduct lectures owing to salary arrears.

It ought to be recalled that the government instituted this takeover process in 2015 with the overarching aim of fulfilling its pledge of having a university in all the 18 regions of the country.