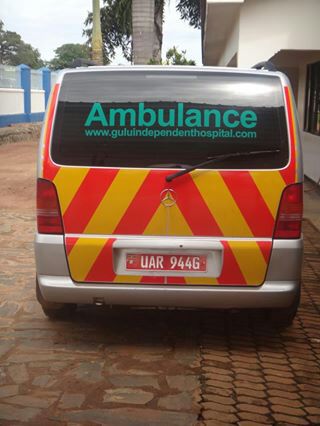 It’s that time of the year again while campusers in Kyu and Busitema are allover the place making life miserable for hapless nsenene ,in the name of buying smartphones. It’s a different story up in northern Uganda, gun smoke scared grasshoppers out but the mangoes are ripe… It’s mango season again. Gulu is well endowed vie mangoes, and trust University kids via taking advantage of nature gifts.

G.unit as Gulu university is fondly referred to, houses all kinds of specimens,read on. Ongom Joseph medic from Gulu university had a close shave with death after he went on a normal mango hunting trip with his pack ,in bid to quieten the stomach worms. The pack was quite unlucky this day finding that their usual spot had been combed clean.

Apparently Ongom told his boys of some other mango farm he knows of, he led them their and the mango feast started. All was well till mzee Ocitti had noise in his shamba,he apparently charges money for one to access his trees. Being a temperamental old man he simply got a bow and arrow and rushed at the source of the noise, swearing in Luo. The campus kids needed no furrther explanation, they simply showed real pace.The vexed old Man shot an arrow and It found it’s Mark. The pack meanwhile scattered and Re united at campus, Ongom meanwhile was attracting stares, unaware of what his backpack held. It was the intervention of a friend that caused Ongom to break down in tears. In his backpack, was lodged an arrow. He could not believe mangoes had nearly cost him his life, he’s currently nursing shock at Gulu independent hospital.