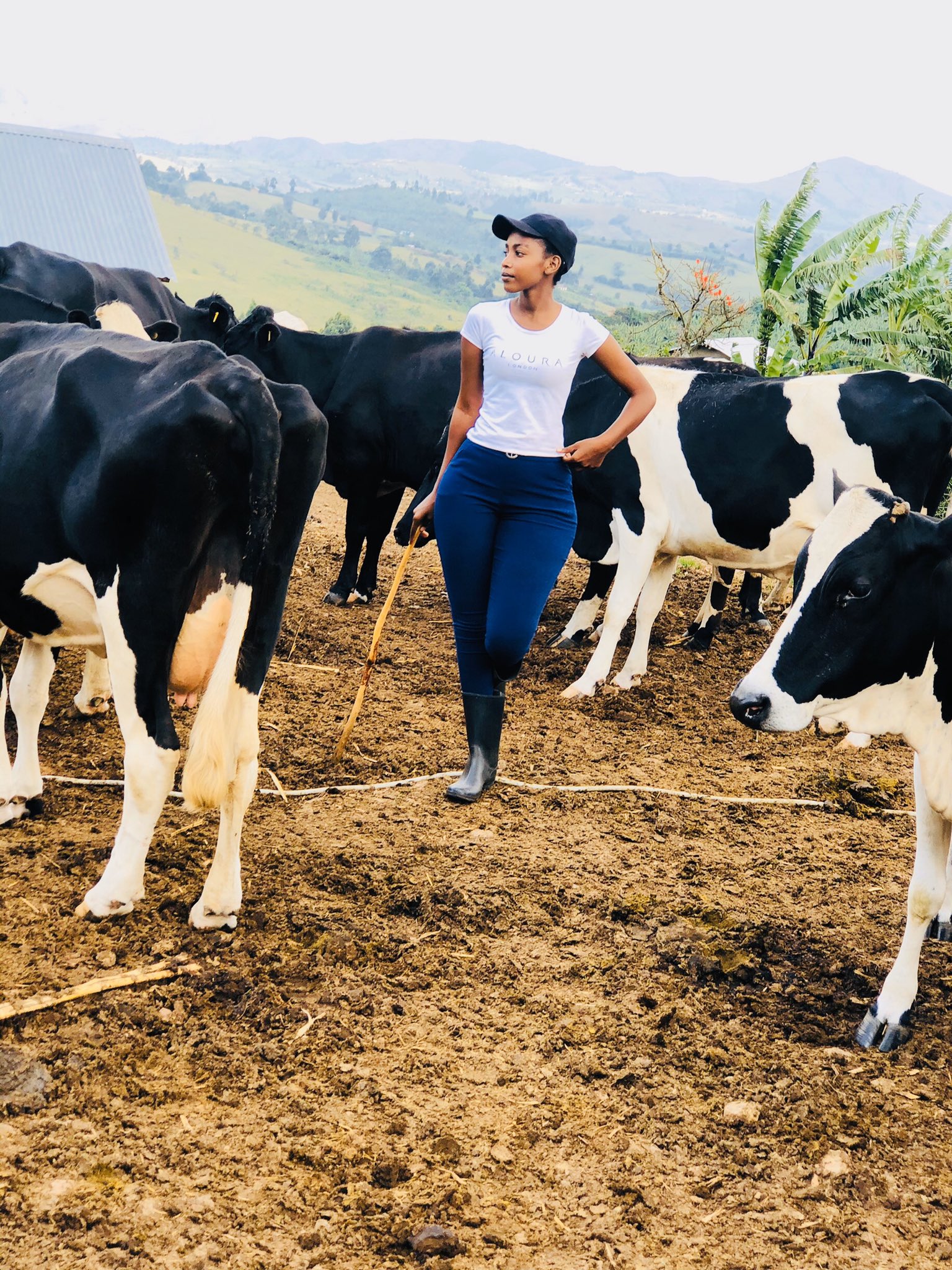 Shinah Kukundakwe, a Makerere university student pursuing Journalism has taken over the internet with her herding photos. Kukundakwe recently shared photos of her chilling with cattle on her twitter and the reactions instantly started falling in.

Kukundakwe, who loves farming grew up on her family’s farm and despite being a university hot babe, her passion has not shifted an inch. The photos were greatly shared on both twitter and Facebook and she has in turn earned herself over 10k followers on twitter that fast.

The photos have also pooled over 52k likes, 5913 retweets and thousands of comments. Being a Journalist, Kukundakwe has also attracted the attention of BBC Journalist Allan Kasujja who won’t stop hailing her passion for farming.

“Do you know Shinah? She grew up on that farm. It’s her family’s farm. She loves farming. So, we gigo omera.” Kasujja replied to Kukundakwe’s photos.

We (Campus Bee) shared one of Kukundakwe’s photos where she was photographed milking. The photo received mixed reactions but majority of our readers were moved by her boldness to “forget her beauty” and do what she grew up doing.

Her photos have also yielded memes from Westerners who tirelessly dared Baganda to pose with Mukene. It should be recalled that Mukene is one of the most loved dishes in Buganda, but hey, it was all for fun.

“Some of us don’t even have rats to rare in our houses” one of our readers commented on photo.

Below are more photos of Kukundakwe beating the COVID-19 lockdown in style;