How MUST Staff Association General Secretary Was Kidnapped By Armed Men 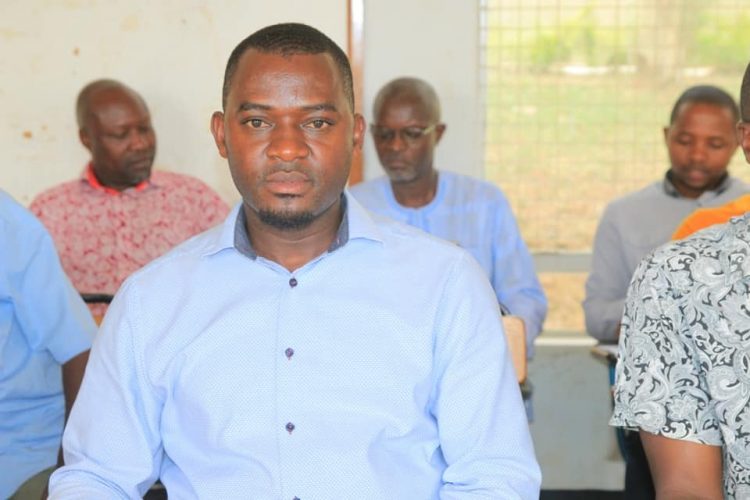 Julius Taremwa , the Mbarara University of Science and Technology Academic Staff Association (MUSTASA) General Secretary was  kidnapped by “3 gun wielding men” at Ishanyu food centre on Saturday at around 2:30pm.

According to his statement, Taremwa was driven to Central Police Station (CPS) Kampala where he was detained for the whole night before meeting Sam Mukwatiriri, a lawyer representing MUST Vice Chancellor Prof Celestine Obua & Research Manager for grants Edith Wakida.

Taremwa was later released on Sunday at around 2 pm after being served with strict warnings to withdraw his efforts against Obua’s reappointment.

“I am privileged to be able to write informing you that on Friday the 29th November 2019, as I was having lunch at Ishanyu food centre at 2:30pm , three gun wielding men, two In clothes hurriedly kidnapped me and was thrown into a very old Toyota Premio vehicle. The car sped off heading to Masaka and later proceeded to Kampala arriving at about 11:00pm and was dumped in the cells at Central Police Station (CPS).” His statement reads in part.

“With nothing to eat and drink. I was lucky to find a spot to spend the night In the cells. The night was very difficult and scary because I kept wondering what was going to happen to me. The following morning on Saturday at around 10:00arn, I was brought out of the cell only to meet a familiar face of the lawyer representing the Mbarara University Vice Chancellor in the case in which I sued him for wrongful reappointment.” Taremwa’s statement adds.

The disgruntled Taremwa added that he was threatened to be jailed for two weeks if he does not withdraw the case filed against Obua.

“This lawyer is called Sam Mukwatiriri. I was ushered into one of the rooms at CPS Kampala where he begun by threatening me of dire consequences including spending two weeks in prison and how my life will be very difficult in MUST including an impending dismissal.” Taremwa wrote.

However, Taremwa and his colleagues in MUSTASA have maintained their efforts to end incompetence at MUST including awarding a fake degree to Wakida, corruption, among others.

Mbarara High Court will tomorrow 3rd December 2019 9:00 am sit to hear a case ‘Julius Taremwa Vs Obua and others’, earlier filed by MUSTASA. Taremwa also alleges that he was kidnapped in a bid to block him from appearing in court tomorrow.

“Kidnapping me was a deliberate plan to ensure that I am not present in court on the 03 December 2019 hearing which would weaken our resolve to clean MUST through well laid legal processes.” Taremwa alleges.

Read his full statement below;

How MUST Staff Association General Secretary Was Kidnapped By Armed Men