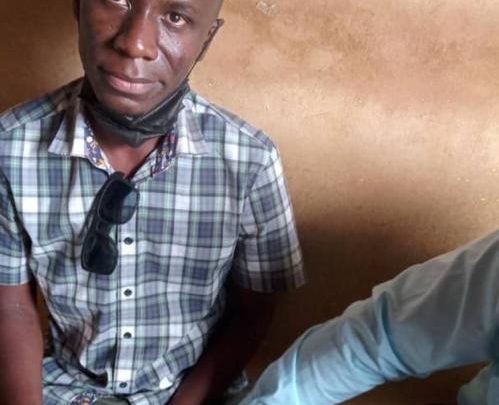 The latest coming in indicates that Ussa Segawa, a close aide of businessman Sudhir Ruparelia has been arrested.

According to sources, he was yesterday tricked by a campus girl who called him saying she wants to meet him in Kawempe. Segawa who was sipping on fresh juice then dashed to Kawempe to supposedly meet the sexy las only landed into the jaws of operatives.

He was arrested and taken to Jinja Road Police station where he is being interrogated by detectives.

Segawa was arrested for allegedly hacking into the social media accounts of The Investigator, a Ugandan news site. He is accused of crimes related to computer misuse including conspiracy, illegal access and hacking into the mentioned accounts.

According to complaints filed at Jinja Road Police station, Segawa connived with blogger Ashburg Katto (who was recently released on bond) and Raheem Abdul, to hack into the Facebook and Twitter accounts of The Investigator as well as the website’s proprietor, Stanley Ndawula.

According to sources, he was arrested in a highly sophisticated operation coordinated by detectives and officials from other security agencies.

While in detention, Katto reportedly confessed to police how he worked with Segawa and Sudhir to hack The Investigator’s social platforms.

It is said that Segawa bought a new simcard, something that alerted detectives that he could be trying to destroy evidence. The detectives however kept him on surveillance as they gathered updates from both his workplace and home.

No COVID-19 Vaccine Jab , No Classes - IUIU Tells Students Ahead of Reopening