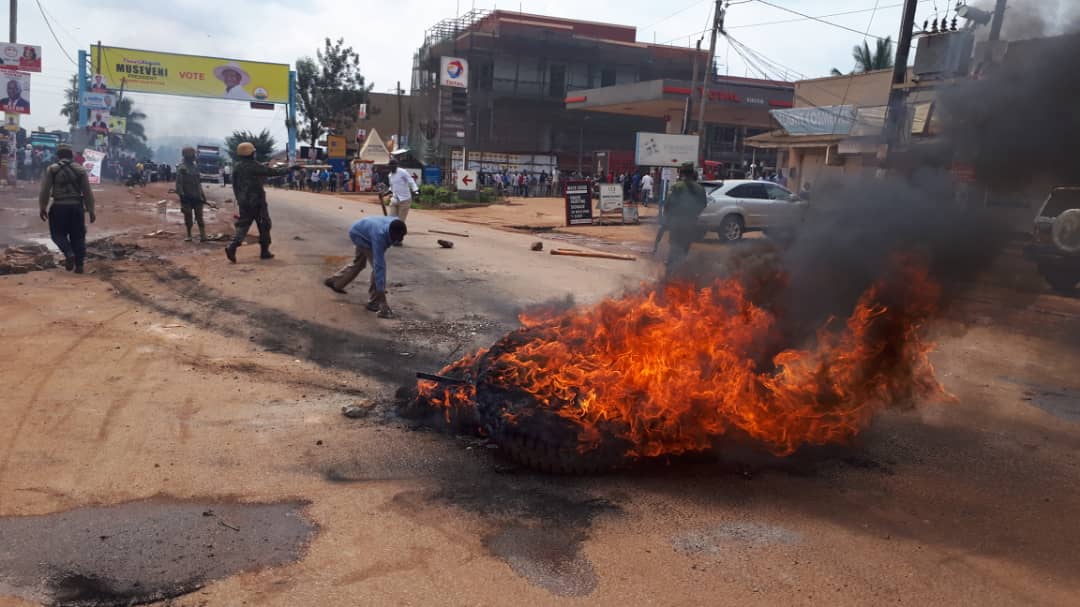 Wednesday afternoon was a normal day for Kansiime Charity (not real names) until the rioters took to the street to demand for an unconditional release of National Unity Platform (NUP) presidential candidate, Robert Kyagulanyi alias Bobi Wine.

Kansiime, a resident of Bweyogerere, had gone for a hairdo at Sparkles Saloon in Nakawa. After her hairdo at around 6pm, she would later set off for home since teargas was all over. Little did she know that beyond the teargas and live bullets in Nakawa were road blocks that were set up by rioters.

“I tried to order for a SafeBoda but network was slow so I hoped onto a normal boda ride in Nakawa who also had no idea there were road blocks along Kireka,” Kansiime narrated before adding; “Upon reaching Banda, we were met with flames lit in the middle of the road and the bod rider had to reduce the speed to try to maneuver and dodge the flames. That’s when rioters saw me and started screaming: “ono munyankole mumukwate tumwokye (she’s a westerner let’s throw her into the fire).

At that point, I didn’t know what was going on and I was shit scared. In a split second, I saw two young men carrying sticks approaching the boda and I hit the rider several times on his back screaming: “sebbo vvuga tuvve wano (speed off). I thank God the boda guy managed to maneuver around the flames and sped off. I was going to be beaten, lynched and burnt for my tribe. When did our country get to this? Is it a crime to be born to Western parents? I can’t believe I am still alive upto now,” a teary Kansiime narrated to Campus Bee.