I Dated a Scammer After Dumping God’s Plan – Sheilah Gashumba 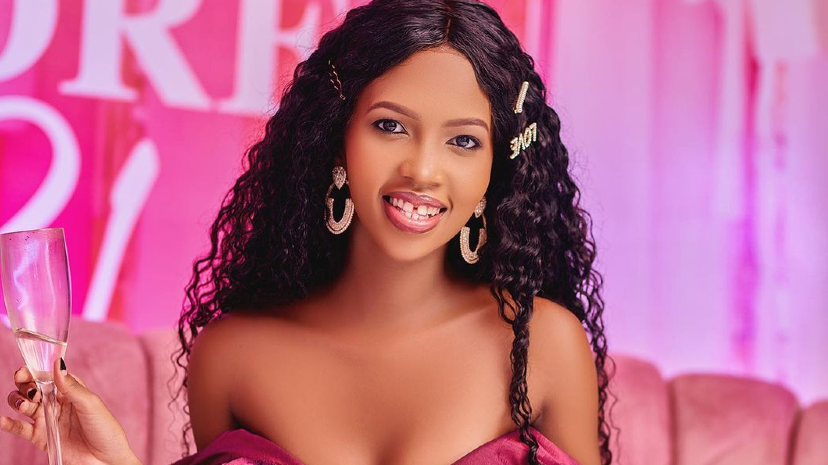 Freshly signed Honey TV presenter Sheilah Gashumba has come out to narrate how she dated a 25-year old “attractive” scammer who approached her as a legit businessman. According to the Lil Stunner, she started dating at an early age of 17 and she dated her teenage boyfriend for six years.

Sheilah, who hates breaking up with her lovers further explained that she always fights for her relationships until there is nothing to fight for anymore. The former NTV presenter also claims that she has dated only three men in her entire life.

“I have only had three relationships in my life. My first relationship with my first boyfriend lasted for six years. I dated him when I was 17,” Sheilah said.

While narrating how she ended up with a scammer, the money and party loving Sheilah revealed that the relationship began when he proposed a business concept that she liked.

The renown social media influencer added that their professional connection evolved into romance and before she knew it, love was in the air.

One day, Sheilah accompanied her new man to the Pearl of Africa hotel, where God’s Plan was also present with his new girlfriend. Sheilah narrates that the man began sending love messages to other babes behind her back.

Sheilah also revealed that  she was still in bed with the 25-year old scammer at Pearl of Africa when she received a couple of messages from her friends informing her how  God’s Plan had written negatively about her new man.

Despite her decline to reveal the identity of this scammer, she highlighted that he was also married and had a wife in the United States.

Sheilah is currently dating singer/footballer Rickman Manrick who joins her list of men including; God’s Plan, the scammer, as well as her teenage boyfriend.

CAPTURED: MUST Freshers Protest Online Tests within a Zoom Lecture