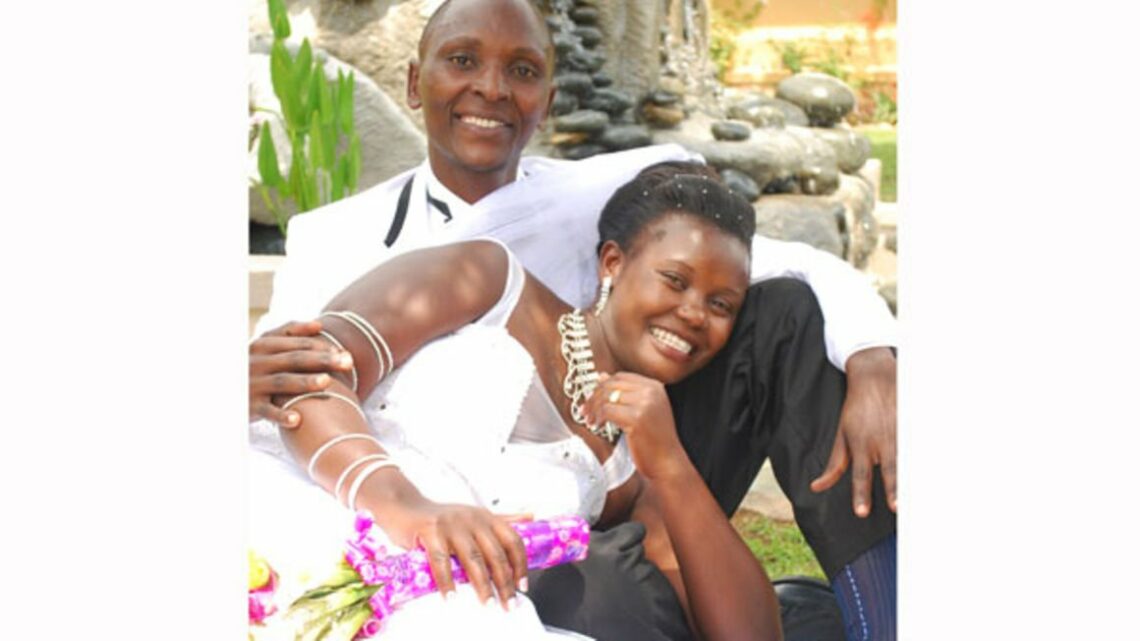 Blaise Kankya, a former Makerere University student from the College of Education and External Studies (CEES) has come out to confess how love made him use his tuition to pay for his introduction ceremony, in fear of other men snatching his dream wife. Kankya used the money to finance his first visit (okweranga) to his wife’s parents.

Kankya, who is currently married to Elizabeth Kahunde revealed that he fell for his course mate on the first day he heard her introduce herself while contesting for the students’ coordinator post in the mentioned college.

Kahunde, who hails from Mwenge County, Kyenjojo District melted Kankya’s heart without knowing that she was the woman he was praying for all along. Besides both being students of Bachelor of Education, the two are also Rutooro speaking fellows which made it easier for Kahunde to open up for more conversations.

“There was something special about Elizabeth Kahunde and I considered her my answered prayer there and then,” Kankya said.

“While we became great friends, I did not suspect he had interest in me until he invited me to his brother’s wedding. There he introduced me to his relatives as a friend. He later told me they appreciated our friendship and then asked for my hand in marriage,” Kahunde narrates.

Born and raised in a religious family, Kahunde was still hesitant on giving Kankya her heart until when she heard God telling her to accept the proposal.

“Then I heard the voice of God telling me he was the man I had been waiting for. That was the sign because I had come to see him as a courageous, caring and loving man who suited a big percentage of my interests,” she says.

Kankya, who scored a GPA of 4.75 (graduated with  a first class degree) loved her confidence having prayed for a strong woman that would match his personality. The former Makerere student explains that they would speak for only 30 minutes after lectures, adding that most of their conversations happened on phone.

While speaking on why he used his tuition to pay for the introduction ceremony, Kankya explained that he loved his woman so much to let other men snatch her before Making things official.

“That waiting time was a trying moment for me because I was afraid other men would take her away from me. It was refreshing when we set dates for our ceremonies; August 18 and 20, 2015 for Okweranga (Introduction) and wedding ceremonies respectively,” Kankya explained.

“Elizabeth was worth the sacrifice. Later, we shifted the dates to August 6 and 8 because 20 coincided with another family wedding,” he added.

After the first visit, Kahunde suggested that they should  open a joint account to save for the functions, and she made the initial deposit, something Kankya says was inspiring.

“By the time we wrote our last papers in May (three months to our wedding), we had saved for the bride price. I trusted God for total provision, continually assuring Elizabeth that all would be well. It sure was as God worked through family and friends to generously contribute to the success of the functions,” he adds.

In January 2016, Kahunde and Kankya graduated from Makerere University. Having excelled with a first class degree, he chose to apply for a Master’s degree in March, 2016 so he could teach in a university, among other opportunities.

The two, who have met ups and downs together are happily married with two kids. Kankya had two children from his past relationship while Kahunde had one.