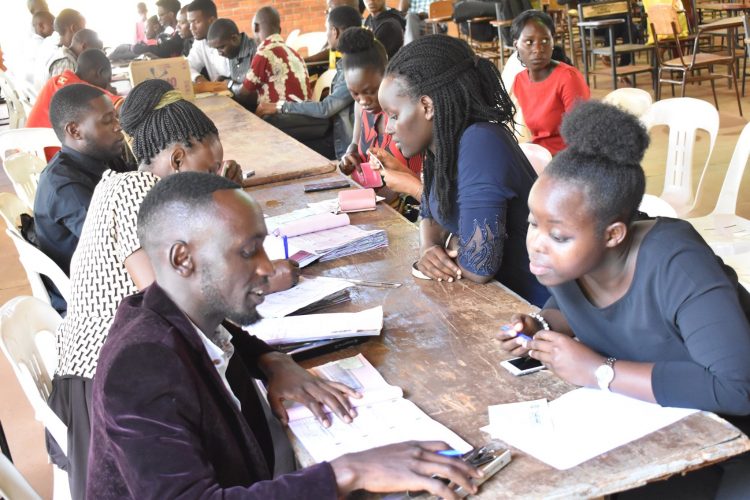 UCU students reading at the university

From then, the Ministry of Education and Sports set 27th April 2020 and 2nd May 2020 as the official dates for re-opening of all academic institutions. However, these were suspended when COVID-19 lockdown was extended for more 21 days.

As the month of May was coming to and end, the government of Uganda opted to re-open academic institutions for only candidates and finalists but this idea was also suspended on the basis that students were still at risk of getting the virus. Now the issue of re-opening the education remains uncertain as no one knows what the Ministry of Education is planning.


It should be remembered that members of parliament and other individuals have been coming up to advise the government to declare 2020 as a dead year for all learners in Uganda, but the proposal was rejected by the government.

Many universities in Uganda have the dead year policy which is declared when a student is absent from studies from or fails to pursue their studies during an academic year for various reasons such as health, and financial challenges.

According to Professor Dr. Michael Mawa, Deputy Vice Chancellor in charge of academic affairs at Uganda Martyrs University, granting of a dead year is not voluntary as the student must follow procedures set by that institution to take a dead year.

He further explains that the current situation is countrywide which has affected students from different institutions.

“For most university students, the suspension of their studies due to Covid-19 came at a time when they had covered about eight weeks of their second semester of the academic year 2019/2020. A blanket dead year for these students would have meant that even their first semester is in effect dead hence starting all over again.” He explained.

“For final year students, a dead year would mean lost opportunity to pursue further studies or secure employment that comes with the presentation of complete academic transcripts that indicate the level of performance of the student,” he said.

Prof Mary Okwakol, the executive director of National Council of Higher Education (NCHE), believes if this had been declared a dead year, it is likely to clog the system as everybody will be static where they are especially among the finalists.

On the issue of new students who are supposed to join higher institutions of learning in the next academic year, Prof Mawa said that institutions will face complexity in service delivery.

“The entrance of new first year students and the presence of old first year students, whose academic year would have been declared dead, would mean universities would have to operate dual classes for the same year of students or to combine the two cohorts of students in the same class. Moreover, the option of running dual classes for the two cohorts would imply that universities would have to deploy more educational resources to ensure quality teaching and learning.” He noted.