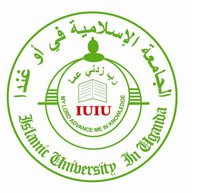 As preparations for the first bi-annual and 22nd graduation ceremony for IUIU to be held this November are on going, the minute number of potential graduands has forced the administration to organise a recess semester taking place at the university main campus in Mbale. This is because of the high retake cases reported by the deans of various faculties and thus need for such a remedy. An example is the Faculty of Science’s BIT course whose graduands couldn’t reach 20 out of the over 50 candidates.

The situation is no different in most faculties. But for the recess semester, it’s rumoured that the total graduands wouldn’t hit the 1000th mark if the campus had insisted on its strict retake policy. Memos have been circulated allover the varsity noticeboards inviting victims to apply to their various faculties.

Students are to negotiate with their lecturers on the fee depending on the number of retakes one has and the number of hours they will be meeting. This is by far the most exhilirating revelation to the bees & drones who had been labelled ‘chillers’ due to their constant retakes and re-retakes as they are called. A one James of the Law faculty when asked to comment on this only had a question instead of answer- “do you know what it means to share a lecture with a fresher??” while another babe said she’ll do and give all she can to graduate this November. Its also believed that chances of failing papers of this recess sem are too low since it depends on your relation with the lecturer. On the otherhand, the doubting Thomasis also don’t trust the lecturers with the female students since it might be an exchange of goodies for marks issue! We shall keep you up to date with watsup during the recess semester. For now, see you at the End of Sem Party !!