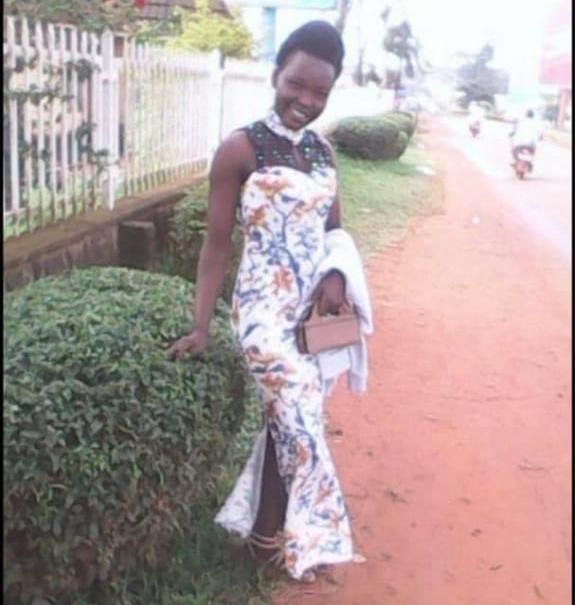 Janat Agayo, a 23 year old student of Kyambogo University, was murdered and her body locked up in a house by a suspected jilted lover. Police in Kampala are investigating circumstances under which the deceased’s lover gathered the cowardice to kill her when they were reportedly in love.

According to initial reports, the deceased had a three weeks old baby which she abandoned at a one Justin Opedun’s (the child’s father) home and went on to live with Godfrey Onongo, another man she was dating.

The Kampala Metropolitan Police deputy spokesperson, Afande Luke Owoyesigyire on Sunday issued a statement in which he suggested that Agayo and Onongo had a misunderstanding, which the Police suspect could have led to her murder.

“It is alleged that Agayo has been dating the two men at the same time, and it is believed that the baby belongs to Opedun,” Owoyesigyire said. When the deceased abandoned the child at Opedun’s house, he went to Kinawataka Police Station and opened up a case of child desertion under vide Kinawataka SD ref 33/11/10/19.

And in a very unfunny twist, the new boyfriend reportedly felt cheated when he discovered that Agayo had another man. According to reports, the boy friend claimed to have spent a lot of money on her but she went ahead to cheat on him which tempted him to commit the heinous crime.

Onongo, the suspect, is believed to have sent a text message to one of Agayo’s sisters, informing her that the body was locked in his house and he ran away to hide in Bukedea where he was intercepted and consequently detained at Kachumbala Police Station in the same district.