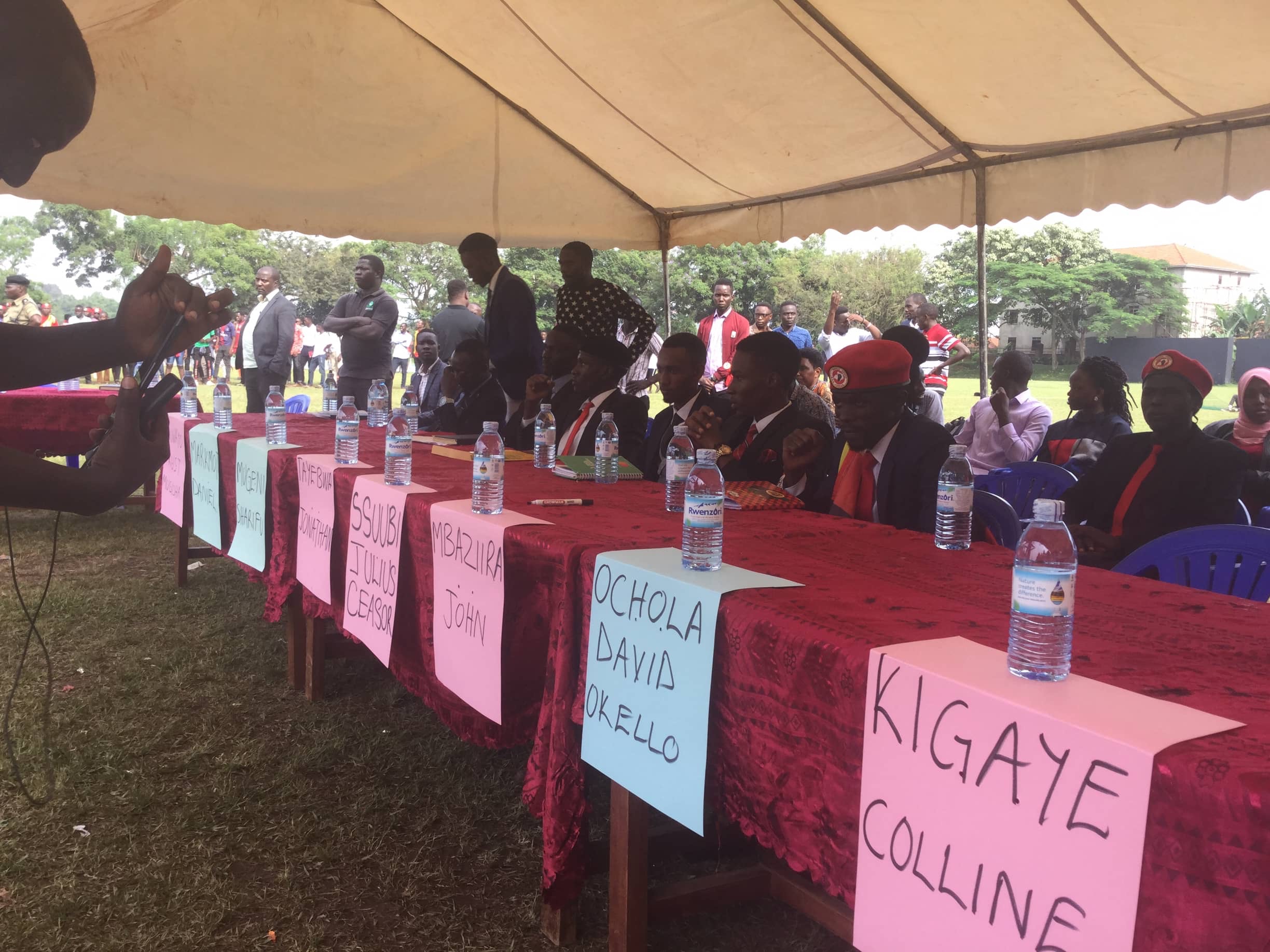 Basing on a letter dated 28th February 2020, the Kyambogo University Electoral Commission has declared a list of the fully nominated candidates where NRM’s Tayebwa Jonathan and FDC’s Nduwayo Trust Mugisha’ nominations are pending.

This circulating letter has caused immense panic in both the NRM and FDC camps. The letter however says that these are given chance to fulfill the requirements not later that Monday 2nd March at 12:00 pm.

Various sources reveal however that Nduwayo Trust’s case was declared negligible by the University’s legal adviser in a long letter that was addressed to Axam, the chairman electoral commission. This is however upon the electoral commission to decided his fate.

More sources revealed to us that yesterday 28th Feb after the guild presidential debate, Nduwayo Trust Mugisha was seen with a group of his supporters invading the space of the electoral commission chairman, attacking him physically and throwing unending abuses at him.

The political space at the Banda hill seems to have taken a great leap into chaos as various camps have been reported to be chaotic while making rounds in Banda.