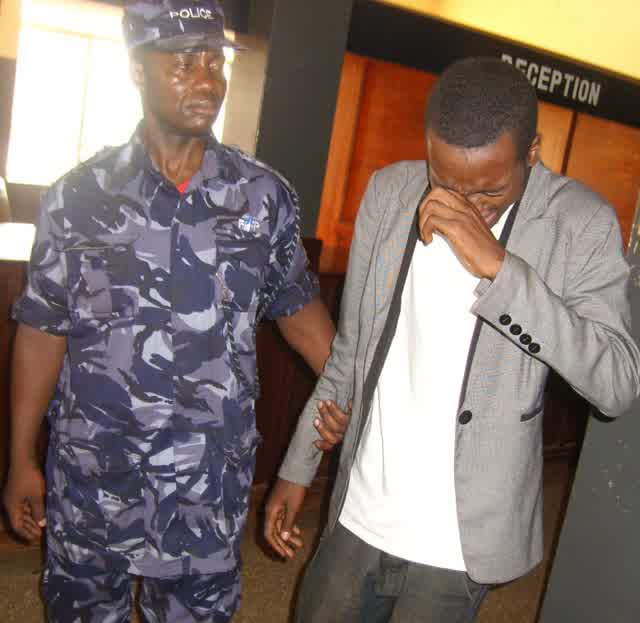 Peter Katumba, a second year student at Kampala International University (KIU) was on Tuesday arrested and detained at Kabalagala Police Station for raping and stealing his fellow students.

The Information Technology student was netted at Kansanga at main campus while he was heading for lectures. This was after several girls opened up cases against this student at the Kabalagala police station. The 28-year-old is believed is accused of intoxicating girls before forcing them into coitus.

Mercy Kibuuka narrates: “Katumba approached me and asked me whether am married or if have a boy friend. I told him I am neither of the two and after a while, he called me  and asked me to meet him at Fairway Hotel. I went there that is when he told me he had secured a room for me, when we reached there, he got a phone call and requested me to assist him with my phone so that he can write a phone number. When I gave it to him, he excused himself and never came back.”

Peter Katumba is currently detained at central police station on charges of theft, conning by trick under reference number SD30/23/03/2015 as investigations are still going on.