In the latest document issued by Uganda Revenue Authority’s Commissioner General Doris Akol, the tax paying body acknowledged top 25 tax contributors in Uganda.  Following their compliance with the tax payment system, these organizations and employees have been best PAYE [Pay As You Earn] tax payers.

According to Akol, PAYE tax is paid by employees earning income above UGX 235,000 per month. Well, Kyambogo managed to scoop a position on this list after they appeared as number 20 among the top 25 tax contributors. 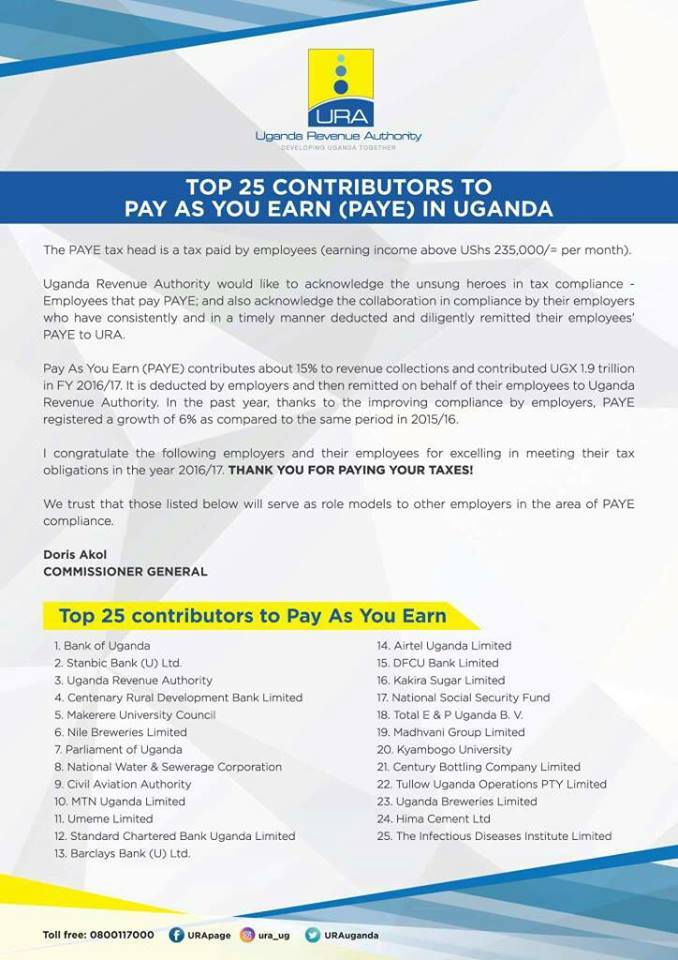 Speaking of University tax payers, Makerere University council secured a fifth position on the 25 giant tax payers for the financial year 2016/2017. More details from the URA Commissioner General indicate that PAYE contributed up to 15% of the 1.9 trillion revenue collections.

In case you are wondering how PAYE is collected, well, it is deducted by the employers and later remitted on behalf of their employees to Uganda Revenue Authority.