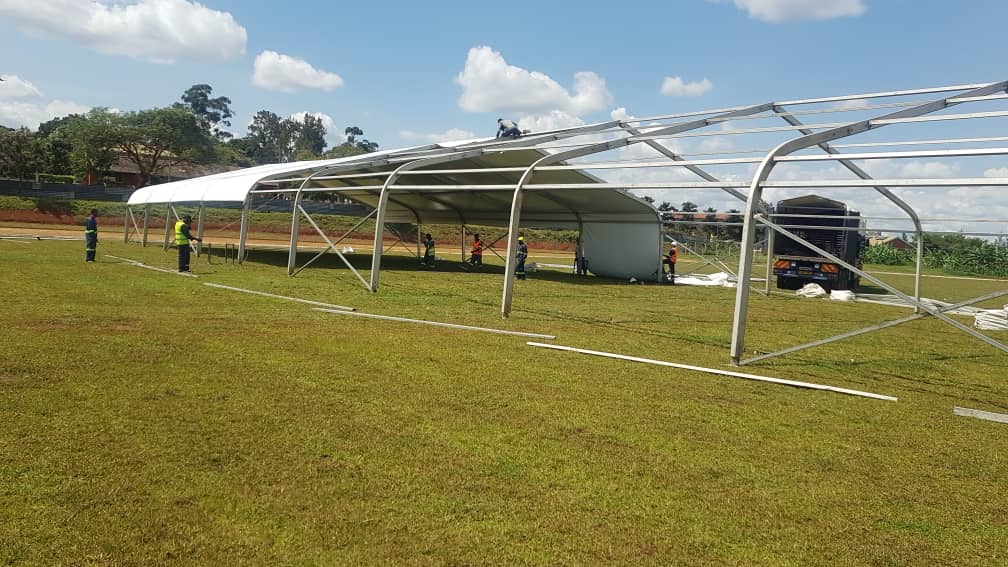 Latest updates coming from Kyambogo University indicate that the university administration is moving forward with preparations to hold their 17th graduation ceremony which is scheduled to run from tomorrow, Tuesday 21st September to Thursday, 23rd.

The university has shared a picture of tents being set up ahead of the big day, despite several complaints from students whose names are missing on the graduation list.

“Construction has kicked off. #kyu17thgrad is taking shape,” The university tweeted on Sunday.

The bitter students had petitioned High Court seeking an injunction against the scheduled 17th graduation ceremony but the case was dismissed due to lack of right supporting affidavits.

According to John Mbaziira, the university’s Guild President, there are two more cases regarding the same matter set to be heard.

“This implies that the second and the third applications still stand and court is scheduled for another on 8th October 2021.” Mbaziira said in a statement.