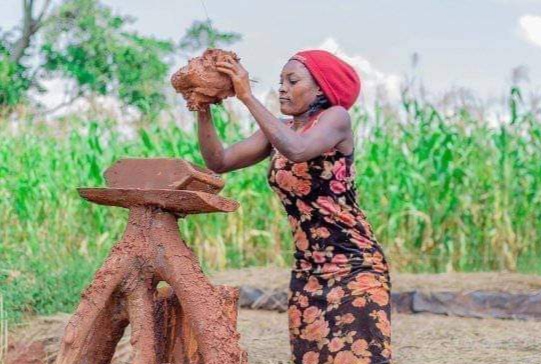 There are many opportunities and resources that the world has got to offer.

Most times, people pursue careers in only the professions they have been trained for and blindly ignore the fact that they can make it in something else when the profession fails.

It takes courage, zeal, enthusiasm, focus and desire to do something else and still succeed. Perhaps if everyone looked around and made use of the resources, unemployment levels in Uganda wouldn’t be as high.

A case in point, Juliet graduated from the faculty of arts and social sciences, Kyambogo University in 2016 and has since not been employed in her profession, no matter for how long and effort she put into the search for a job.

This, however didn’t make her resort to sleeping on an empty stomach or go around depending on everyone who was willing to offer a hand.

She is a vivid example of an enthusiastic young lady who utilized the resources around her in form of friends and natural resources in order to earn a living.

She ventured into brick laying after a friend of hers taught her how to bake bricks and make a business out of it. She was inspired by the fact that she had recently given birth to a second child which was going to need every ounce of her effort to survive.

Quite a number of allies encouraged her to carry on the business as they were certain she was going to earn a pretty sum from it.

“The first year into brick laying wasn’t that funny because there are days I would not make any sales. Now it’s three years in business and I earn thrice as much as I did in the first year,” Juliet told Live news chatroom.

She has customers from and outside Wakiso District with quite a number of engineers buying from her oftenly.

It is inspiring to most ladies out there because it is not every female can decide to get self employed in brick laying when life doesn’t work out exactly the way they expected it to.

Juliet now likes what she does. It’s not just because it is a way of earning a living but also because she has been able to support her two children with the money she makes from her business.