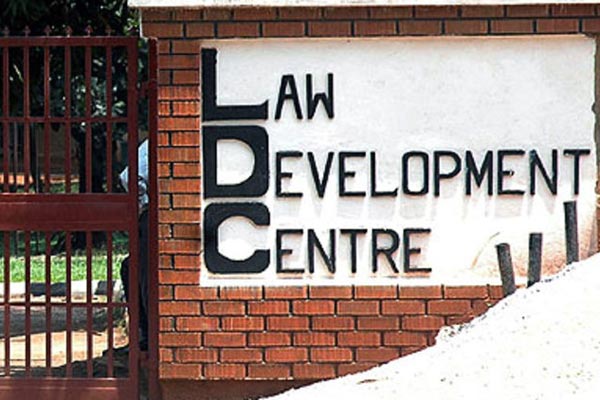 The Law Development Centre (LDC) is currently administering examinations for the academic year 2019/2020. Before one gets to do the examinations, they have to be vetted through an eligibility test by the Board of Examiners, after which students who are found eligible would sit the examinations while those who are ineligible, do not.

“Ordinarily at LDC you are disqualified for failing to attend 90% of the classes” says a source from LDC, who desires anonymity. However, given the onslaught of the COVID 19 pandemic, it is said that the Centre became lenient with the number (percentage) when it came to doing online classes, that have and are being conducted to counter the effects of the global pandemic.

A few days ago, the eligibility test was released by the board out of which a total of over 250 students, from both Mbarara and Kampala Campus combined were found ineligible to sit the end of term/year examinations that have been ongoing for two weeks now.

Owing to the leniency because of the plausible challenges posed or faced by students during COVID 19, appeals were heard and the number was since dropped to about 53 students.

The Center however has been accused of bias when it came to the magic number of 53, that has been making rounds on social media and several other media houses that are publishing news that all the 50 students did not attend the online classes, contrary to official comments or memos from LDC.

Campus Bee has learned that not all the 53 were discontinued because of failing to sit the online classes. Out of that number, some students had actually applied for dead years, or semester voluntarily discontinuing themselves from the course.

For instance, from the from Mbarara list, out of 13 who were published in the list of students making rounds, 6 applied to discontinue themselves, while 7 completely failed to take part in the online classes. The number varies for the Kampala campus too, however, by press time, this website had not secured the actual number of students who voluntarily discontinued themselves versus those that were not able to attend the online classes.

This website has been informed that many of the students that were initially included in the 250 plus, are sort of rebels, known as the “Legal Warriors”, a group of law students who are in support of the current regime. We have been informed that while other students were conducting online classes, these warriors chose to go to Kyankwanzi for UPDF training and patriotism classes. Some of these students did not attend the online classes but were found eligible.

One of the students who was found ineligible, and is not doing exams told this website that when the initial list came out with several numbers of legal warriors included, a General made a call, a fact that is yet to be verified.

“A general running that Kyankwanzi NRM program gave the director of LDC a call to clear those students who had gone for the NRM activity” a list that include the students that should have been discontinued.

One of the students who has been disqualified claims to have given a valid reason for their failure to attend classes and presented evidence of the same and was not considered. Even when he missed less than 5 online classes.

“Some of us who are from humble backgrounds, we do not have such connections to take us off the list” says the student, referring to the lucky students who were removed off the list by a cadre call. “It was unfair to excuse students (who did not have) sufficient reason”.

An example was also given of some students who was found ineligible after they had been in quarantine for 14 days “but these corrupt board guys refused” the source says. Another student gave a maternity issue, but the reason was also not considered.

The students who were discontinued will have to redo third term in the following academic year, or the entire academic year for the students that voluntarily cancelled the whole year.

New start up seeks to introduce Smart Homes in Uganda