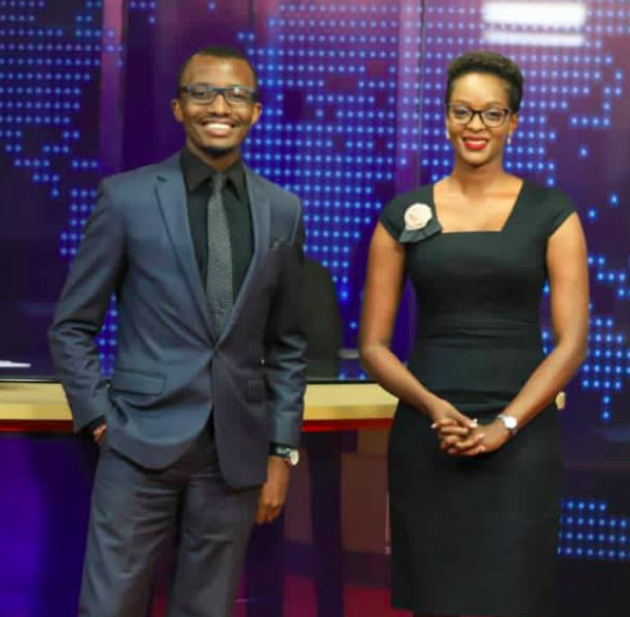 NTV news anchor, Raymond Mujuni is deeply in love with fellow news anchors, Ritah Kanya, Campus Bee has learnt. It seems like beyond just news anchoring, the two have other things to anchor.

This was visible on Monday when Raymond Mujuni confessed his undying love for Kanya.

Mujuni took to his WhatsApp status and declared; “Love of my life,” for all those that view his statuses. It was clear marking of territory….but then again, social commentators believe that Mujuni “tajja zz*na…”

Insiders at the Serena based television claim the two have been seeing each other for months now. During editorial meetings every Monday, the two are always flirting like newlyweds. They can’t stop stealing smiling at each other.

Janet Museveni to Announce Decision on Reopening of Schools this Thursday