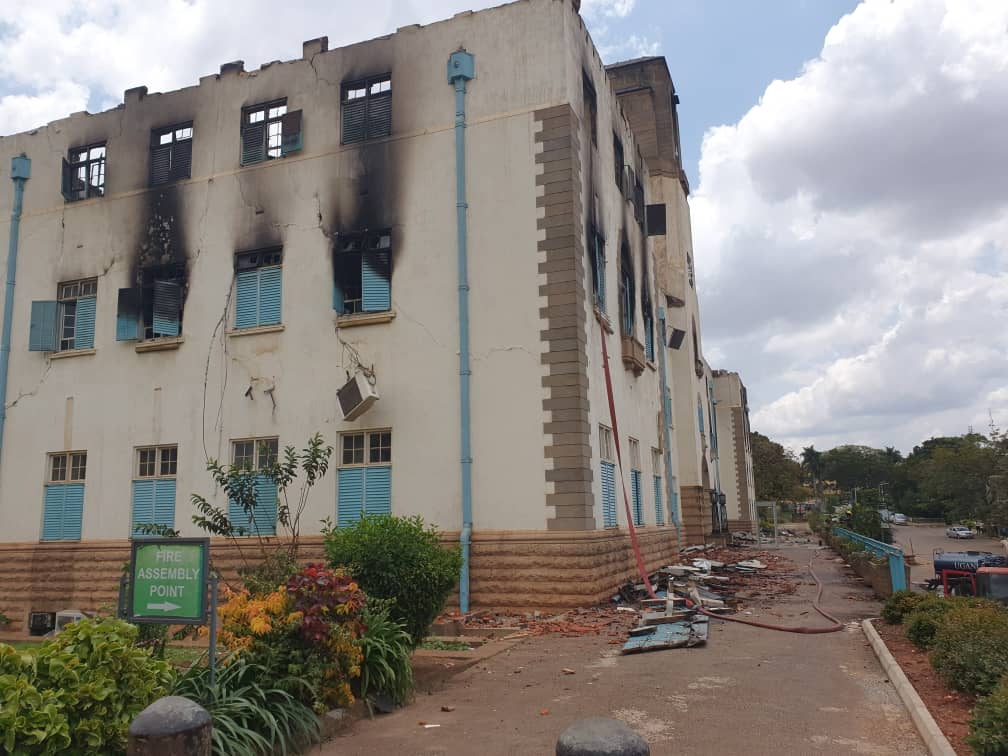 The Uganda Police Force has kicked off an extensive hunt for Police Constable Julius Kiwanuka, one of those who were manning the Main Building on the night it caught fire.

According to Fred Enanga, Uganda Police Force spokesperson, two other suspected key witnesses in the same inferno have disappeared as well.

“One of our Police officers, PC Julius Kiwanuka, is still at large. He is one of those who were manning the Main Building that very day,” Enanga said

The fire, which started at about midnight on September 20, destroyed documents and equipment in several offices in the Ivory Tower, including the registry and finance department which was under scrutiny over financial mismanagement.

Enanga added that the two other missing potential witnesses are office cleaners who were on duty that same day.

“Whereas we have already recorded several statements of witnesses from the university staff, we are still looking for all these people to record their statements. We also want to interest ourselves in their disappearance. We are sure their statements might be of great importance in our investigations” Enanga added.

Enanga also disclosed that another Police officer has since been arrested, pending further investigations. He further explained that investigations are going on smoothly and they have managed to establish where the fire started from.

“We accessed the scene and effectively analysed and documented everything. We discovered that the fire started from the office of the public relations officer and spread to the finance department. All offices on the top floor and some on the second were destroyed,” Enanga said.

It is important to note that the building holds the office of the university’s Vice-Chancellor, Deputy Vice-Chancellor (Finance and administration), university secretary, university bursar, and also holds records of students. The basement is full of archive files that contain the entire history of the institution.