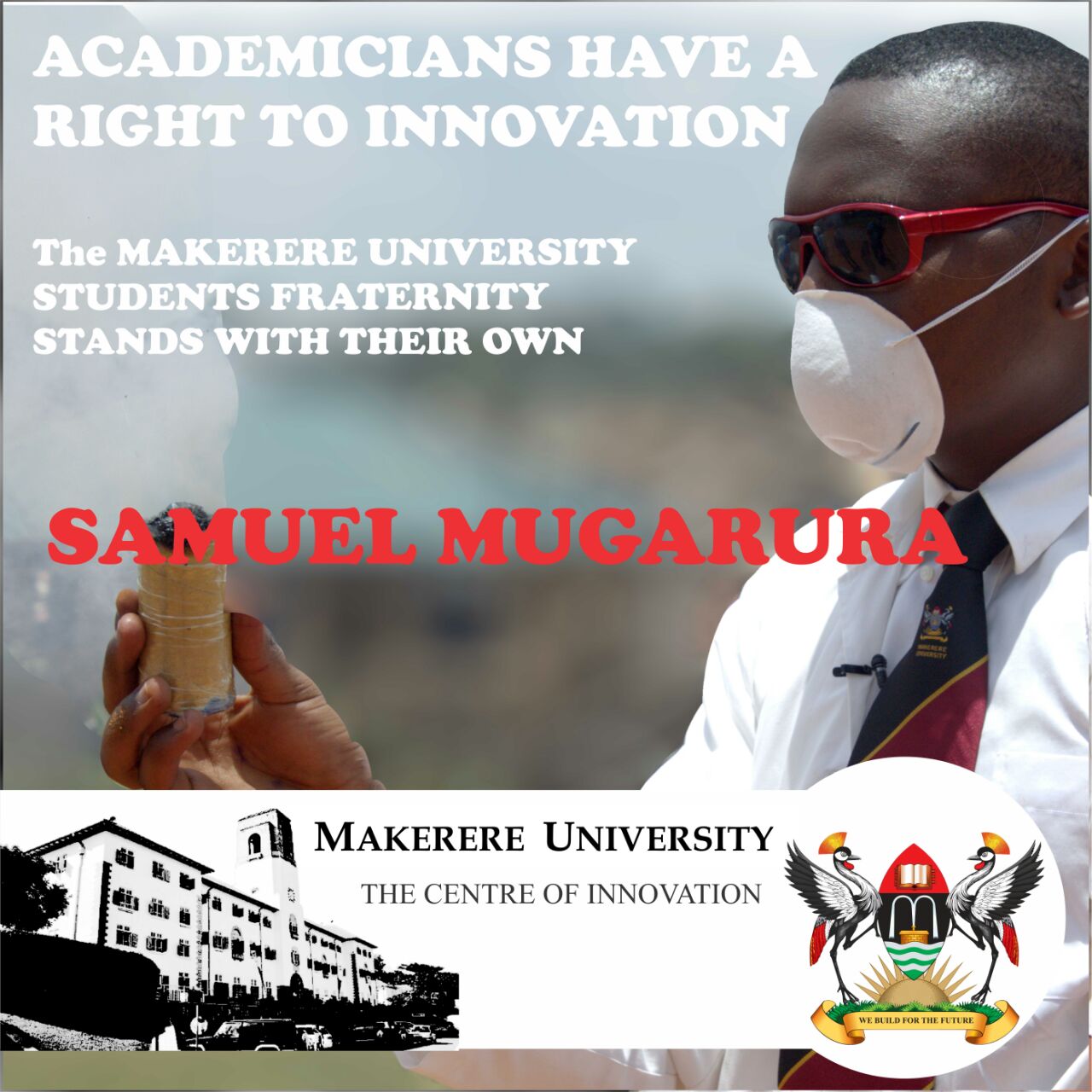 Mugarura Samuel aka Falcao has been in the news after he was broadcast on popular television stations around town as a student innovator who makes teargas and bombs.

This was subsequently followed by a communication from the Head of Department Chemistry who said that Mugarura is not a student of Chemistry and should therefore not go around ‘seeking cheap popularity’ that he has invented.

“Mugarura is a Student of Makerere. You don’t have to be a chemistry student to be able to innovate. Therefore as the students’ Guild, we would like to applaud Mugarura and assure him that he has our back.”

Samuel Mugarura, who made appearance in the GRC session amidst huge applause, invented a new form of teargas made from sugar and called upon the government to support him in this innovation as he claimed to be able to make bombs too.

“This teargas is made up of sugar, salt and food colour among others and has no chemicals that can cause health complications like the one being used by the Police today,” Mugarura says.

However when Police threatened to arrest him over the invention, the Makerere Chemistry department disowned him which attracted massive criticism from the students’ body.

He is a final year student at the College of Natural Sciences (CoNAS) and a resident in University Hall. He is popular in the University for his vigor and charisma every time there were tuition policy demonstrations because of his organisation, mobilization and leadership skills.