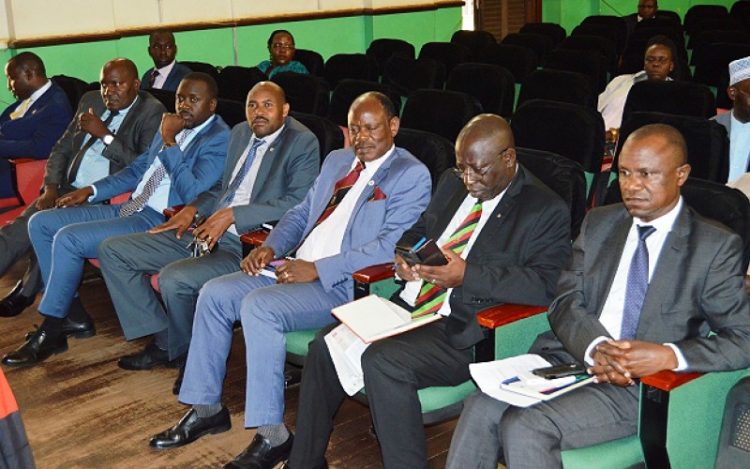 “The following candidate who has met the minimum requirements and scored 60% and above is hereby recommended/proposed for consideration by the Makerere University Senate for the position of Deputy Vice-Chancellor ( Finance and Administration). Prof. William Bazeyo attained an overall score of 86.42%,” part of the search committee’s report reads.

Despite having been recommended to be appointed for their respective positions of interest, the two officials are currently awaiting confirmation by the university council, which happens to be the highest decision-making body at the Wandegeya-based institution.

Prof Bazeyo, who contested for the position alongside Prof Anthony Mugisha has been acting deputy vice-chancellor finance and administration while Dr Umar Kakumba has been the Dean School of Business in the College of Business and Management Science.

Prof Mugisha was disqualified over failure to attain the 60% pass mark, as he scored only 58.16% while his competitor Prof Bazeyo got 86.42% in the same race.

The search committee recommended three candidates for the position of deputy vice-chancellor academic affairs and these included; Dr Umar Kakumba who got 80.76% in the interview process, Dr Betty Akullu Ezati with 71.18% as well as Dr Gorettie Nsubuga Nabanoga with 66.72%.

Over 3,000 Students to Miss Examinations at Kyambogo University