Mak72ndGrad: Prominent Student Leaders that Graduated in this Year’s Ceremony 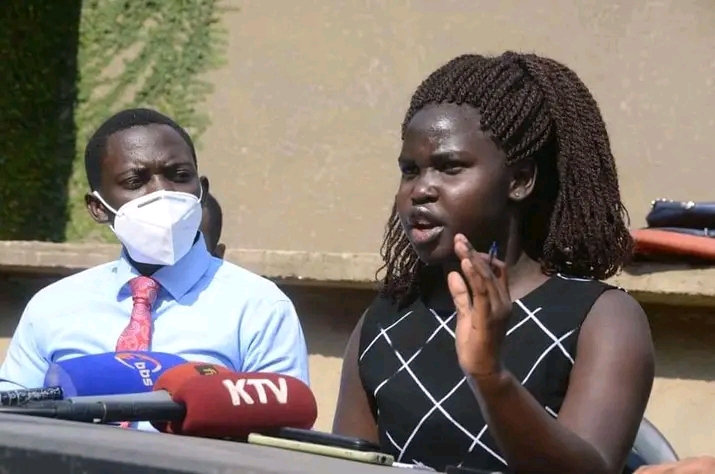 Makerere University has since Monday May 23rd been conferring degrees upon students in various disciplines and the graduation came to an end today Friday May 27th, 2022.

A total of 12,474 students were able to graduate at Makerere University’s 72nd graduation ceremony and among these are prominent student leaders and those who had political influence.

We bring to you a list of some of the outstanding student leaders that wore mortarboards at this year’s graduation ceremony.

Noella served as the 86th vice guild president during Ssempijja Ivan’s regime. She graduated with a bachelor’s degree in community psychology.

Aaron became popular during the 86th guild race in which he contested under the NUP ticket. Aaron was baptized political torero during the same campaigns. He however lost to Ivan Ssempijja.

Oguttu Aaron graduated with a Bachelor’s degree in Arts with education with speciality in Literature.

‘Big Joze’ is the name associated with this political figure. Tumusiime Joseph contested for guild presidency during the 86th guild race but he was later eliminated by the electoral commission.

Big Joseph became influential in Makerere politics from then to present. He graduated with a bachelor’s degree of arts in social sciences.

Macxzzon also contested for guild presidency during the 86th guild race and like Big Jose, he was unfortunately eliminated.

He served as chairman Makerere University NRM chapter and he graduated with a Bachelor’s degree in political science.

You cannot talk of students running battles with police and miss the name Rugumayo. This gallant resident of Mitchell hall was key at staging students’ protests at the hill.

Rugumayo is the current general secretary Uganda National Students Association (UNSA) and vice president East African Students Union. He graduated with a Bachelor’s of arts in Industrial and organizational psychology.

Julia is a former guild aspirant at MUBS and Vice President Uganda National Students Association. Julia bagged a first class degree in international Business topping her class with a CGPA of 4.91.

If there is such a thing as political prophet, then this would fit him best. Ssempijja Ivan became Makerere University’s 86th guild president despite having joined late and campaigned for only three days.

This ‘melting magma’ sloganeer graduated with a Bachelor’s degree of medicine and surgery.

Obedgui is Makerere University’s renown strike machine. Obedgui has been in Makerere long enough to point at some trees that he found in the nursery bed.

Obedgui joined Makerere in 2014 and throughout his stay at the hill, he was well popular for leading students’ strikes and forcing students into the one-way strike processions.

He contested to be Makerere University’s guild president twice, at first he stepped down for Kato Paul (83rd guild president) and during the 86th guild race, he quit for reasons best known by him.

Obedgui graduated with a bachelor’s degree in arts with education (Literature).