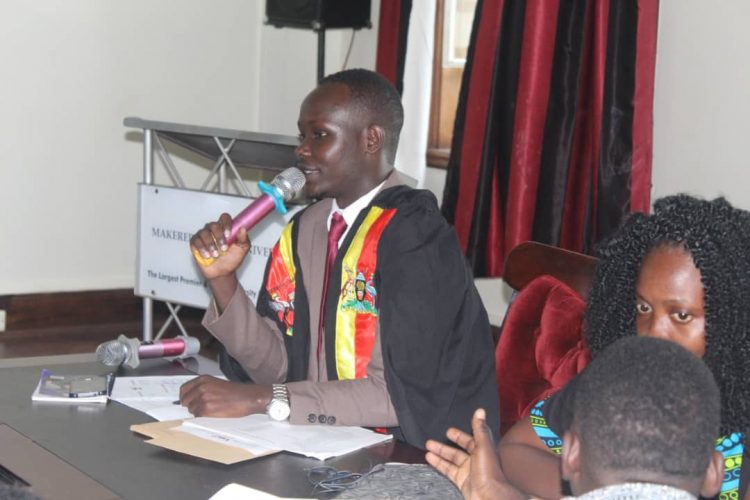 In a letter dated August 14th, the Makerere University Students Guild Tribunal has ordered Ezra Byakutangaza, the University’s Guild Speaker to step aside as investigations into misuse and abuse of office as well as the Guild Constitution continues.

In the same letter, the tribunal also instructed the Deputy Speaker to convene a budget session as stipulated in the Guild Constitution within 72 hours from the time the letter was issued to the university secretary.

The move was made in a bid to ensure that the ongoing investigations do not interfere with the running of the Students Guild following complaints that the Guild Speaker could use his office to continue abusing the Guild Constitution.

“In this respect, the speaker, Hon Ezra Byakutangaza during this period shall not in any way or whatsoever act on behalf of, or transact any business on behalf of the students guild till the end of the investigation.” The letter reads in part.

More details indicate that the decision was reached following a petition by members of the GRC who called for a vote of no confidence in the Speaker for causing a rift in the GRC, misappropriation of Guild funds, abuse of the Guild Constitution, among other concerns.