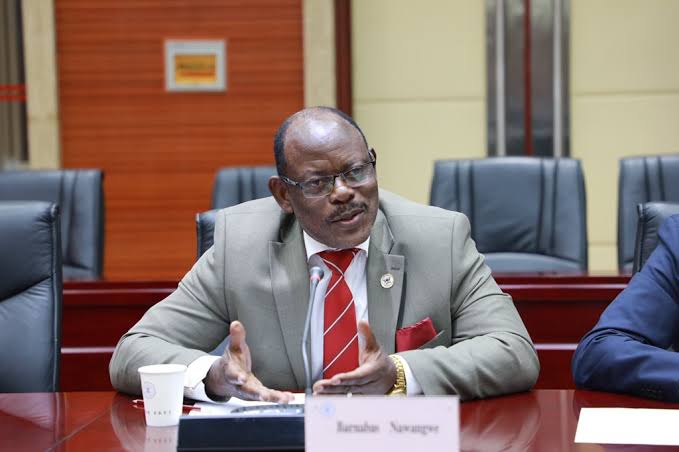 A section of Makerere University lecturers have given the University Council a 10-day ultimatum to commence on the process of searching for a new Vice Chancellor to replace Prof. Barnabas Nawangwe whose term of office ends on August 31.

They say, failure to comply will lead them to court.

In their letter issued to the University Council Chairperson, Ms. Lorna Magara on Monday, August 8, 2022, the university staff led by Associate Professor Jude Sempebwa and Dr. Muhwezi Deus Kamunyu, through their lawyers of Nassuuna and Company Advocates stated that, given the numbered days to the end of Prof. Nawangwe’s 5 year’s term, no efforts are in place to get his replacement.

They added that the continued delay in looking for a new Vice Chancellor portrays a secret plan to reinstate Prof. Nawangwe.

“In spite of our clients’ interest and the demand of the Joint Staff Association Executives that the University Council should constitute a Search Committee for the position of the Vice Chancellor as required by law, our clients have waited for the search process to start in vain,” the letter added.

“We also refer to the letter of the Joint Staff Association Executives dated 14th July 2022 addressed to you and copied to us. Among other things, that the Office of the Vice Chancellor is falling vacant in one and a half months. By now the search for the VC should have been concluded. That letter also observed that there are covert, biased, disputed, and clandestine methods of trying to evaluate the current Vice Chancellor to award him another contract well aware that he does not qualify,” the staff complained.

According to them, the VC is aged and not eligible to hold the position for another term since he is above 65 years as per the University policy.

The staff said they need transparency and accountability in the management of Makerere University provided it’s a public institution with a reputation and a good image, and mostly at a time when the institution will be commemorating its 100 years of existence and excellence.

Last month, Makerere University staff tasked the University Council to search for a new Vice Chancellor over worry that time for the current VC was elapsing soon.

Prof Nawangwe was the deputy vice chancellor of Finance and administration at Makerere University, and was appointed Vice Chancellor in June 2017 for a five-year term.