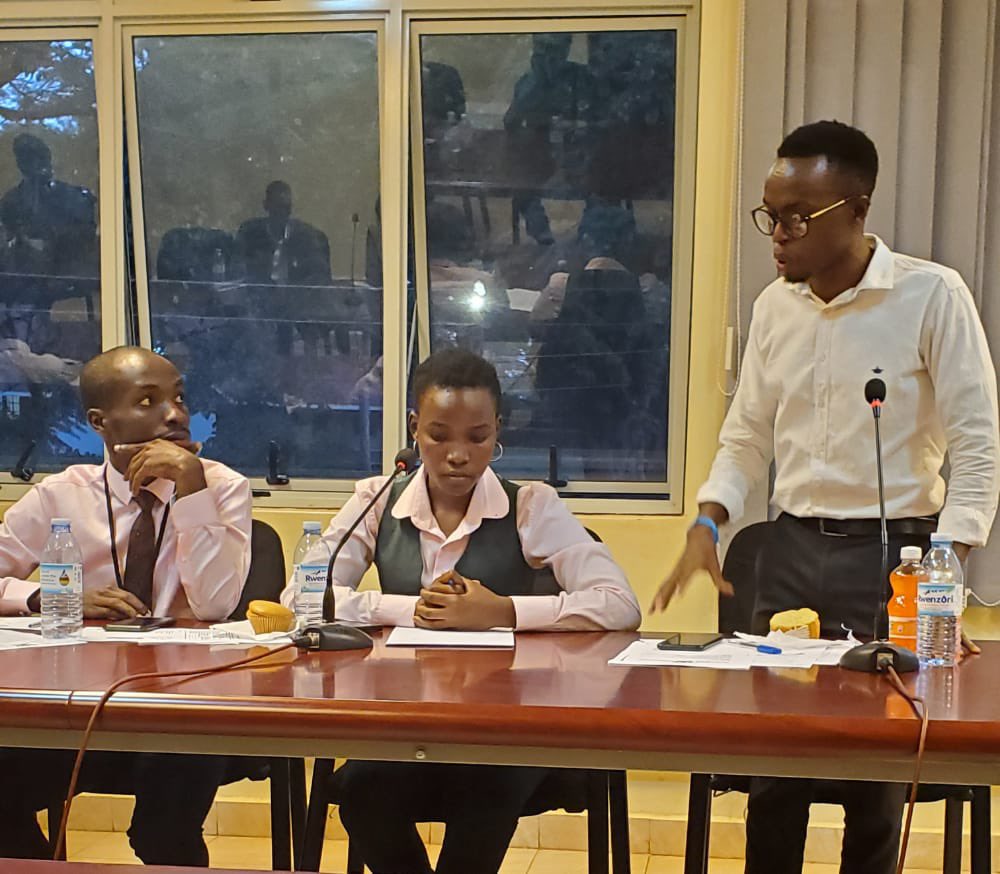 Shamim Nambassa (C) and Lawel Muhwezi (R) amongst the complainants

Four Makerere University students have dragged the University Council to court over suspension of the guild Elections.

They filed the case at the High Court Civil Division and want the Court to declare that the suspension of guild elections, students’ guild, care taker government and the senior common room was illegal, contrary with the 1995 Constitution, the University and other Tertiary Institutions Act 2001, and the Makerere University Guild constitution as amended.

The plaintiffs have on the same note sued Mrs. Lorna Magara, the University Council chairperson and the Vice Chancellor Prof. Barnabas Nawangwe.

They also want the Court to declare suspension of Sulaiman Namwoza, the Lumumba Hall speaker by the VC illegal and immediately release an order quashing the suspension.

Namwoza was suspended on grounds that he organized an illegal online meeting with the student leaders at a time when the students leadership was banned at Makerere University.

The complainants as well want the Court to declare the process of reviewing and amendment of the Makerere University Students Guild’s constitution without involving students, the primary stakeholders illegal.

The University Council resolved to review a section of the Guild constitution. According to the council, students were supposed to vote for a constitutional Review Commission through universal suffrage in every college, and hall of residence.

The commission had to include representatives from each of the colleges, each of the halls of residence, Jinja Campus, and disabled students. The University council further noted that the constitution review commission shall provide students leadership at the university in the interim, but students argue that they never took part in these elections.

The students further want the court to issue an order directing the University to commence, conduct and conclude the process of the guild elections but also order the University Council to jointly and severally pay the applicants the costs of this case.

In July, Makerere University suspended the guild election that were meant to take place on July 15, 2022 following a chaos between the two camps of the National Unity Platform (NUP) and Forum for Democratic Change (FDC) during the final guild rally at Makerere’s Rugby grounds claiming life of a one Betungura Bewatti who was a student at Uganda Christian University-Kampala Campus pursuing a Bachelor of Laws.