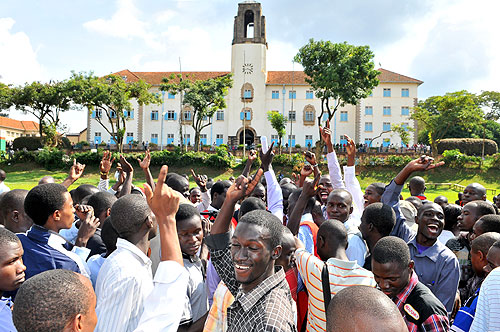 Makerere University students have decided to fight and wipe away any likelihood of gays in their campus. They on Friday formed Anti Homosexuality Coalition (AHC) to create awareness about the evils of homosexuality. This follows the nullification of the Anti-Homosexuality law by the constitutional court on the basis that the bill was passed without quorum.

“Tragedy befell us yesterday as the court declared that the law was null and void but since we, the young people believe change starts with us, we vow to keep our guards, shields, and swords raised to fight the smooth moral terrorist that is causing moral degradation in the country, Makerere university anti homosexuality coalition is willing to work with other universities and high schools in battling the moral eaters,” Fred Omara, Student at MUK the President of  AHC exclusively told Campusbee

Omara added that AHC is currently comprised of roughly 152 students and that more students are subscribing by the day. Way to go Makerereans.