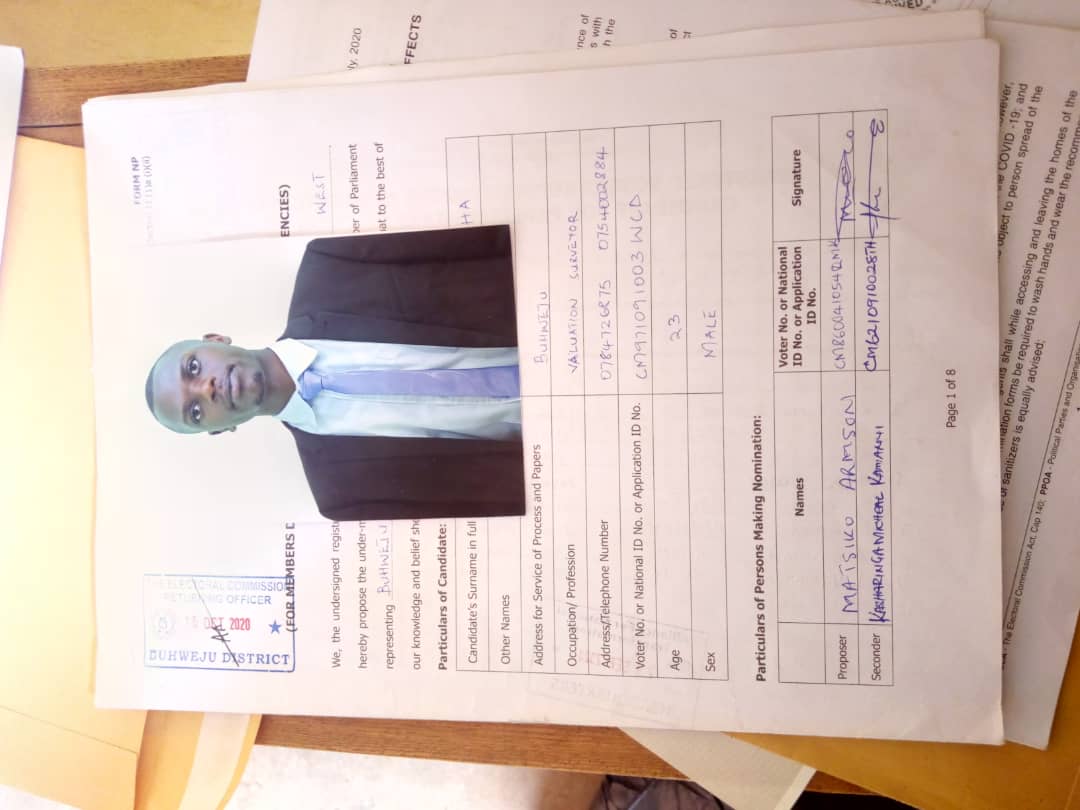 Isaiah Mpiirwomugisha, a first year student at Makerere University pursuing a degree in Land Economics has been duly nominated for the position of Member of Parliament (MP) for the newly created Buhweju Wesr Constituency in the 2021 Presidential and General Elections.

Mr. Mpiirwomugisha, who is the flag bearer of the Alliance for National Transformation (ANT), was nominated today on Day 2 of the nomination process for MP contestants across the country.

Speaking to Campus Bee after his nomination in Buhweju, the resident of Makerere’s University Hall (UH) retailiated an earlier promise that his ambition has been informed by challenges facing youths in his constituency and young people across the country that he believes can only be solved by the age bracket that is mostly affected.

“I shall start my campaigns in November and relax a bit in December because I have exams, then resume in January. I want to use the door to door strategy because it’s cost effective.” Mpiirwomugisha said.

The first year student said he highly believes that come 2021, he is going to swear in as MP for Buhweju West.

“The electorate believes in me. The Banyankole say ‘omushojwa guchumita gukiri muto’ literally meaning that people are more resourceful while they’re still young. I am here to urge my fellow Banyabuhweju to tick Mpiirwomugisha Isaiah on the ballot.” He concluded.

Mpiirwomugisha said the main challenge he is facing so far meagre finances but so far, he has been able to improvise and secure nomination. He thanked his family, friends and the Alliance for National Transformation for their support towards the candidature.