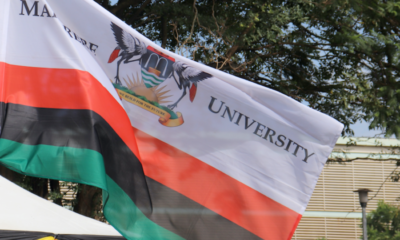 Makerere University 72nd graduation will commence on Monday May 22nd, 2022 and thousands of students are already in jubilation mood.

This, however, isn’t the case for some students who are most likely to miss this year’s graduation since they are not on the graduation list.

A section of Makerere University students from the College of Education and College of Business Administration have expressed their dissatisfaction with the university management for not including them on the graduation list.

A student from the school of education (identity withheld) revealed to the Bee that scores of students at his school were not included on the list. He further alleged that instead of helping them, the Dean of the school is playing hide and seek.

“They migrated the results to the new system with a lot of errors and these were not corrected. To feature on the graduation list you had to have a full semester load without retakes.” He said.

“Some students appeared on the final draft but are not on the graduation book. When they complained, only few were considered and others were told the graduation book had already been shared with the president and first lady thus no changes could be made,” he added.

Associate Professor Mathias Mulumba, the acting dean of students at the school of education told the Bee that he cannot speak about the students’ complaints and referred us to the Makerere University public relations officer.

The song seems to be no different at other colleges. Some students attacked the College of Business (COBAMS) on Twitter and notable of these is one who brands himself as Economist who commented thus:

“You are the most ‘unserious’ college ever! You are leaving out many of our colleagues in Arts in economics with full marks on their portal including two with 1st class degrees.” Part of the comment reads.

Attempts to reach the academic registrar and Makerere public relations officer for a comment were futile as the latter’s phone couldn’t go through while the office of the former wasn’t open by press time.

Makerere University will conduct the 72nd graduation ceremony on Monday May 23rd, 2022. The president of the republic of Uganda HE Yoweri Museveni and first lady Honourable Janet Museveni are expected to preside over the opening ceremony.