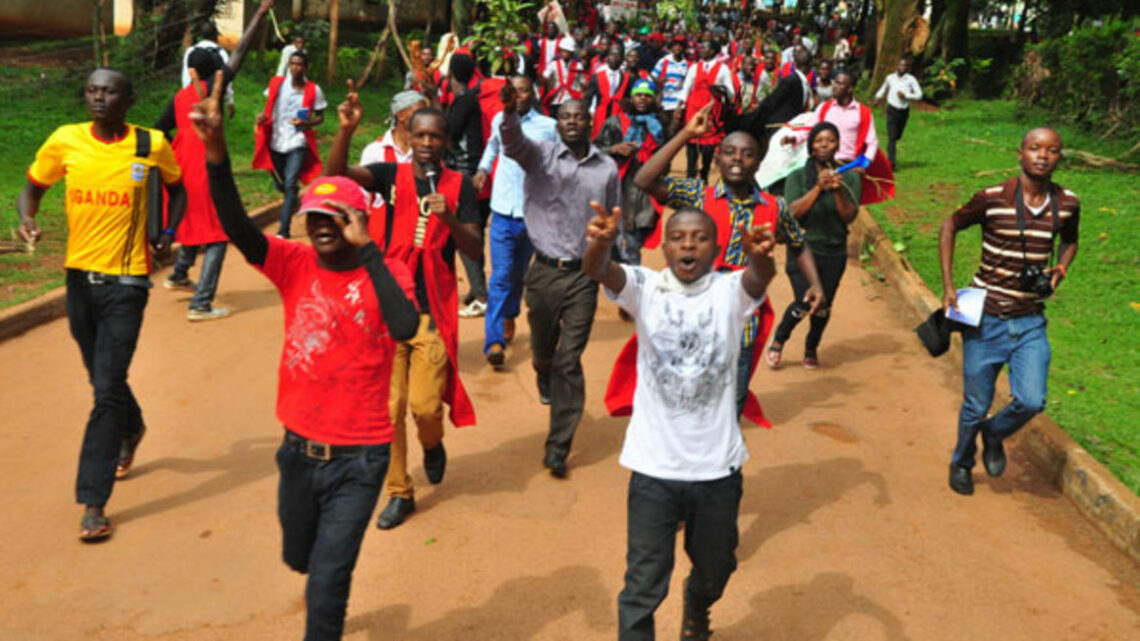 Makerere university’s National Unity Platform chapter released a list of delegates ahead of the party’s primaries aimed at selecting a flag bearer that will bring the party victory in the forthcoming guild race.

Fifty one delegates were selected from an overwhelming list of over two hundred applicants. These went through a tiny-holed sieve of five that had been appointed by the party’s ad hoc committee.

However some guild aspirants have refuted the outcome of the over seven hours long NUP vetting process.

Among these is the popular Waidembe Yusuf Musomesa who threatened to have the Vice Chancellor sit on red-hot fire by causing inconveniences in the entire university if government students don’t receive their allowances and the siasa sloganeer Katonya Kisakye Ethan.

Speaking to campus bee, the lion-like Yusuf Musomesa alleged that NUP had a list of delegates and the vetting process was simply a matter of drawing water out of the well with a basket. “It was simply a selection.” Musomesa said.

According to the siasa sloganeer Katonya Kisakye Ethan, it was a shock that NUP didn’t have democratically elected leaders and yet these were the same to conduct the delegation vetting process. “Who appointed the NUP chapter president?” Ethan wondered.

Ethan further asserts that some delegates didn’t attend the session but were rather vetted through phone calls something that wasn’t mentioned earlier in the vetting methodology.

Besides, Ethan says 49 delegates cannot decide for over 4000 Makerere students that subscribe to NUP and calls upon the party head of institutions Musiri David to organise a party general assembly for all members to have a say.

The Makerere National Unity Platform secretary in charge of publicity Muwanga Araphat told campus bee that the party considered both physical attendees and also carried out online vetting since the election will as well be a blended one thus no need excluding anyone for failure to turnup for vetting.

Araphat calls upon all those that didn’t go through not to quit the party.