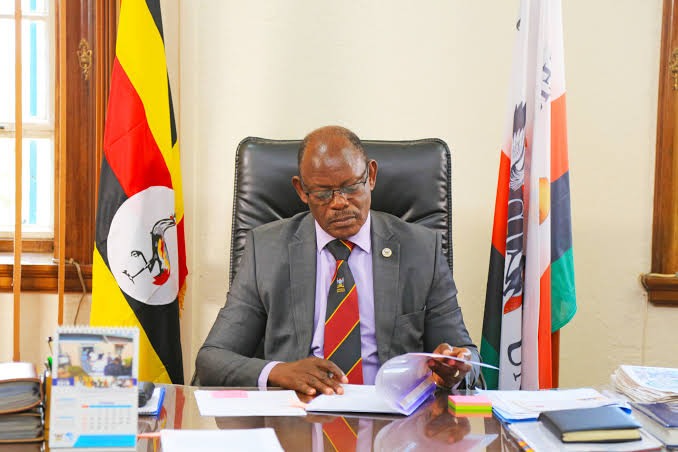 Share on FacebookShare on Twitter
By Noeline Nabukenya
ADVERTISEMENT
A section of unknown Makerere University students on Monday (June 27) evening issued out a suspension letter to Prof. Barnabas Nawangwe, the university Vice Chancellor whom they say is misusing his office.
“We have noted with concern that you have continued to misuse your office by acting contrary to the rule of law due to your selfish interest,” the letter reads in part.

This was in response to the VC’s decision to suspend some students earlier today.

The grounds for the written letter by the unidentified students is in reference to article 29 (d) of the constitution of Uganda that grants students freedom to assemble and demonstrate which they say the vice chancellor has continuously suppressed.

Prof. Nawangwe suspended the three students saying they had breached the university rule 9(b).

students shall engage in activities likely to cause breach of peace such as;mounting road blocks, stopping motorists, inciting other students for unlawful action, using offensive or profane language, forcing other students out of lecture rooms, dressing in a provocative manner, extorting funds, inciting violence and throwing stones and other objects targeting persons, vehicles and buildings.”

The unidentified students’ letter adds, according

to them, none of the adjourned students breached the stated law.
“We bring it to your attention that none of the suspended students involved themselves in any of the actions mentioned in 9 (d).”
Makerere University NUP Chapter had last Friday, June 24 organized a general assembly in the freedom square which Prof. Barnabas Nawangwe says was illegal as they they had not informed the university management.