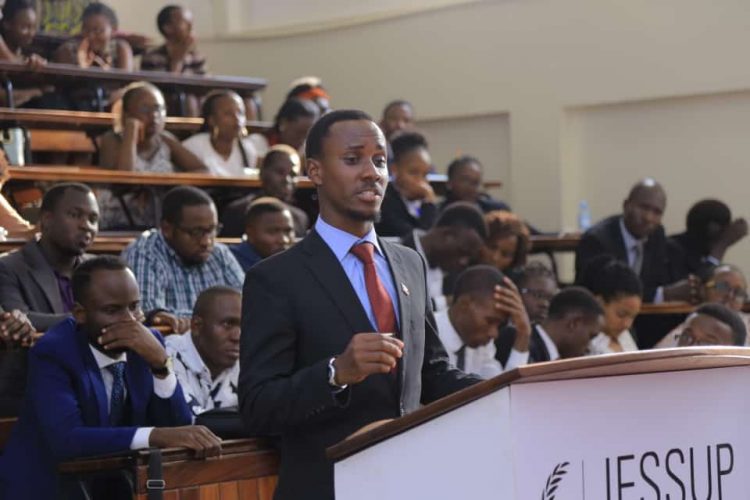 The weekend for the law school was quite steamy as the yearly Phillip C. Jessup Moot National Moot rounds occurred from the 15th to the 16th of February. It is one of the various moot activities that were organized by International Law Students Association (ILSA) spearheaded by Raymond Muhekyi.

Usually, many universities from around the world participate in this competition and the winning university from each of these representative countries flies to Washington DC to compete in the international round. Farou Bay College from Sierra Leone and College of Juba from South Sudan were the winning universities from their home countries and blessed us with their attendance both to participate and learn.

The first day had an international law fellowship which served as a build up for the second day in which the main competitions occurred. Makerere University, Uganda Christian University and Kampala International University all competed with their respective law schools and of the Makerere University Law School emerged winner to this. Sylvia Busingye, lecturer at LDC served as the head for a panel of judges that consisted of people from all the competing universities and one individual from UCU to be free completely from bias.

The question was about the case concerning Kayleff Yak and it was covering four broad aspects. The cultural and religious rites of indigenous people, international environmental law and the protection of species at the risk of extinction, of states of actors particularly multinational corporations and intellectual property law. The students were required to consider all these four broad aspects in mind while answering the question. A big goes to the Makerere team that consisted of Magina Isabella, Rehemah, Aaron Paul Kaleeba, Kaddu Jeffrey Suuubi and Taremwa Kansiime Mukama who emerged oralist and contributed to the great institution’s big win.