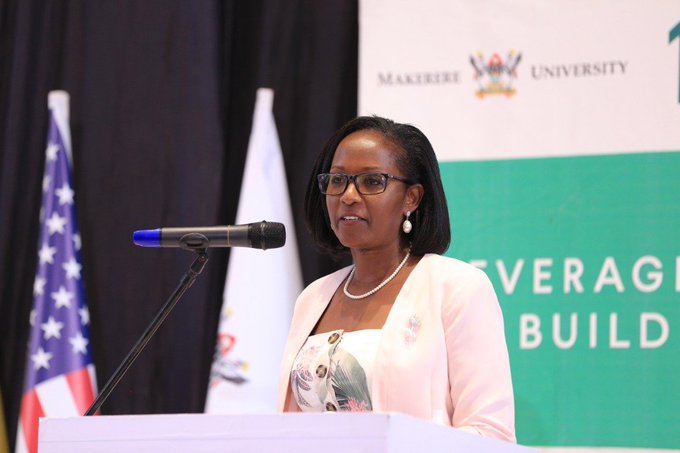 Prof. Senteza was celebrated in a memorial lecture held at Makerere University on September 22nd, 2022 under the theme: “Internationalization of higher education in the next century.”

“His dedicated service saw him rise through the ranks to serve as Director National Institute of Education and twice as Vice Chancellor of Makerere University. His service is renowned for the dawn of phenomenal educational reforms. Professor Kajubi introduced the private sponsorship scheme, opening the door to privately sponsored students to study at Makerere University,” she said.

H.E Natalie Brown, the US ambassador noted that the shining star (Prof. Senteza) among Fulbright alumni in Uganda, who traveled to the United States in 1952 as a Fulbright student to pursue a master’s degree at the University of Chicago, demonstrated outstanding leadership.

“His two time tenure appointments at the helm of this university demonstrate his outstanding leadership ability. Moreover, Professor continually did not limit himself to education alone. He went on to serve as a delegate to guide his constituent assembly, which created the new constitution in 1995,” the ambassador noted.

HE Natalie added that Prof. Senteza’s legacy of service to his country remains an inspiration to generations.

In his lifetime, Prof. Senteza served as the vice chancellor at Makerere University for two terms, director National Institute of Education among other leadership roles.

The third Prof. Senteza Kajubi Fulbright memorial lecture was part of the Makerere at 100 precelebratory series.

Makerere University will celebrate her centennial anniversary on October 6th, 2022.