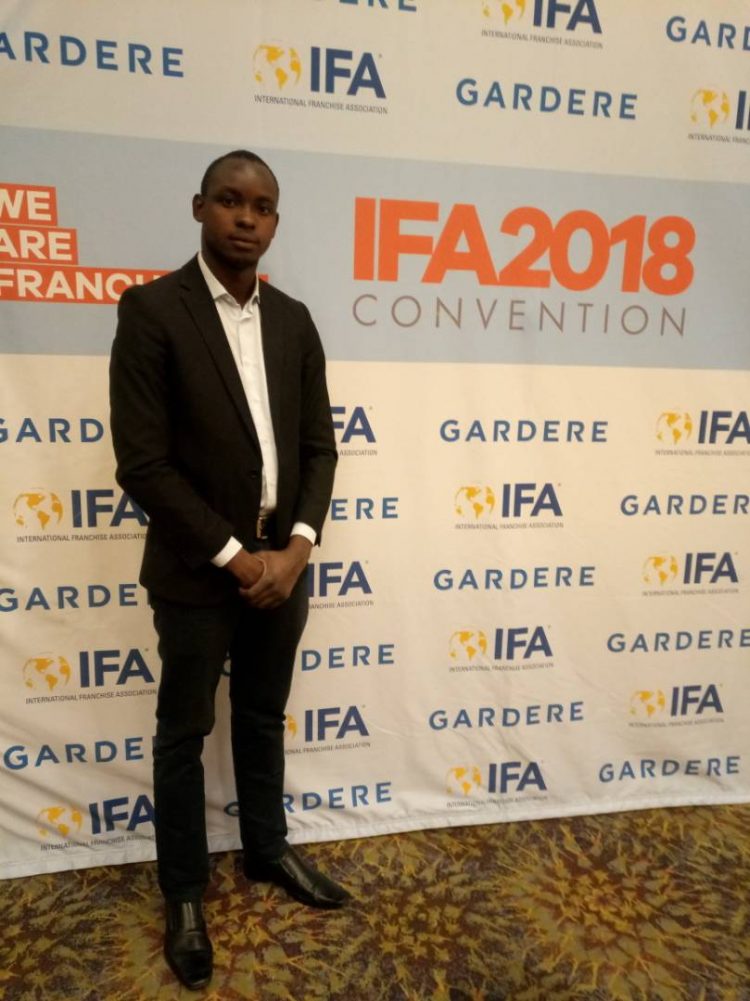 The former seasoned Guild President of Makerere University, Bazil Biddemu Mwotta was yesterday in the U.S awarded by the International Franchise Association as one of the youths making impact in Society in Africa.

The enthusiastic young man has been climbing ladders ever since he lost in a re-election to Roy Ssemboga the former Guild President of Mak. Mwotta started up AgroDuuka; a company that connects smallholder rural farmers to buyers and has since then gained international recognition. He is even currently a member of the Internet Society.

His company which led him to his award in Phoenix, Arizona solves the problem of exploitative middle men by giving farmers fairer trade transactions. In other words, they link the farmers directly to the buyers. To date, the company has been able to work with 800 farmers.

Out of the 10,000 applications from around the world. Twenty people made it to the Prize. Mwotta was the only one from Uganda and among the only three from Africa.