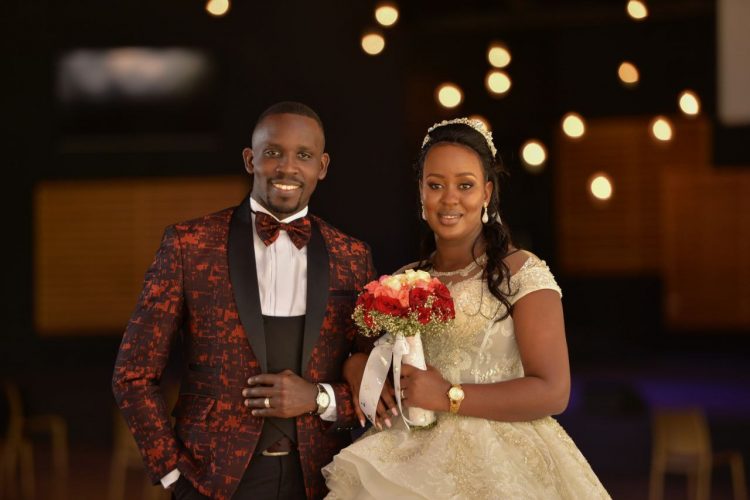 Makerere University third year Law student and People Power Spokesperson Joel Ssenyonyi has wedded while virgin. The former NTV presenter has taken to his twitter account to show off photos of his newlywed wife, whose names were unknown by press time.

Few weeks after taking over as People Power Spokesperson, Ssenyonyi appeared On NBS TV and confessed that he has never been with any woman in his life. The interview was followed by mixed reaction as some People Power fans wanted him to get married ASAP , if he wants to be taken seriously.

During an Interview with NTV, Ssenyonyi told Faridah Nakazibwe;

“I don’t mean to brag that I am the greatest because of my choice. As a person, I also have various short comings. As a person, you have to make choices and I decided that I will only sleep with my wife. I am yet to marry,” he said.

“There are a lot of temptations and even more at the moment than it was back then (as a journalist) I used to get all these temptations and I still get them. Every day, I pray to God and ask Him for help,” the then single Ssenyonyi added.

Ssenyonyi has joined other couples that have decided to tie the knot in a scientific setting following strict measures announced on gatherings by President Museveni, in a bid to fight COVID-19.

In less than 30 minutes, the photo had already received over 200 comments of his fans congratulating him upon finding a soul mate.

Tonight, Ssenyonyi officially loses his virginity- something that y’all lost in first year or even, for the sharp ones, high school. Congratulations to the newlyweds.