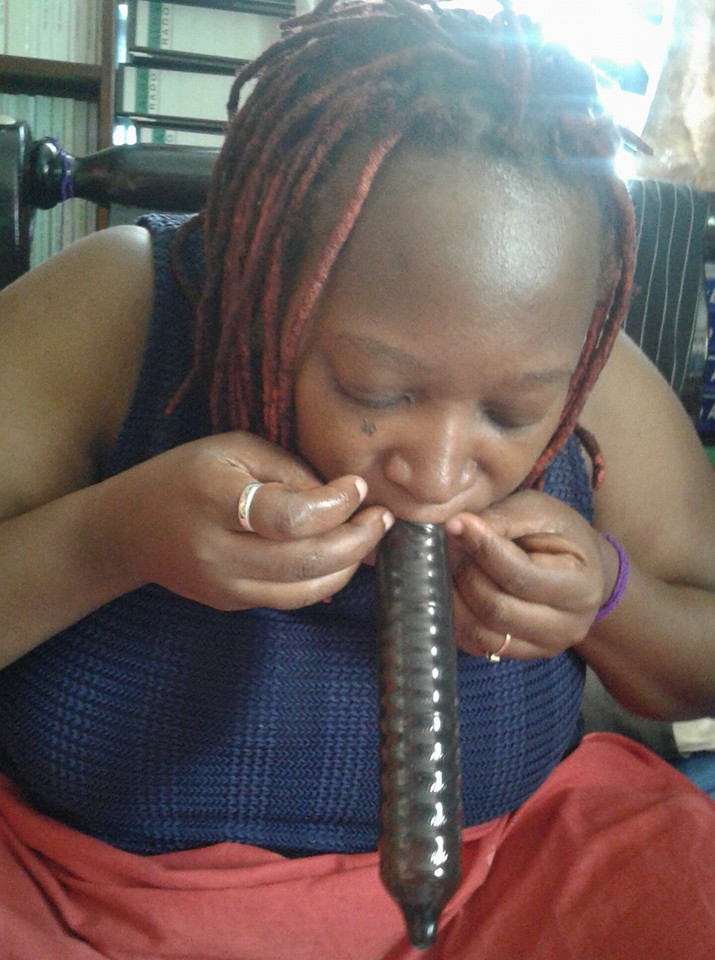 As Ugandans take to their respective social platforms to reveal how life is becoming unbearable during this quarantine period, former Makerere University researcher Dr. Stell Nyanzi had a lot to share about her desires to get sexual pleasure

In a very long post, Nyanzi revealed that she deeply misses her lover whose birthday happened to be today April 2nd. The renown researcher further revealed her plans to gift her lover with mind blowing phone sex before asking her followers to guide her through it citing lack of experience.

“I promised him to give him telephone sex later tonight. But I have never ever done telephone sex. Who will bring me up to speed on how to do telephone sex? Please give me tips and techniques, my people! I need to give Kibubu an amazing Corona birthday.” Her posts reads further.

Despite both being in Kampala, Nyanzi explains that they could not meet following government’s decision to suspend both public and private means of transport. The two lovebirds reportedly had a heated sex talk on phone amid this whole Coronavirus scare.

President Museveni earlier this week announced total lockdown that bars both public and private transport as well as curfew that starts at 7pm till 6 in the morning. All this has been done in an effort to stop the spread o Coronavirus which originated from China’s Wuhun City.

Nyanzi, who was suspended from Makerere University over indiscipline recently jubilated that the officials who got her fired cannot occupy her office as universities remain closed over COVID-19.