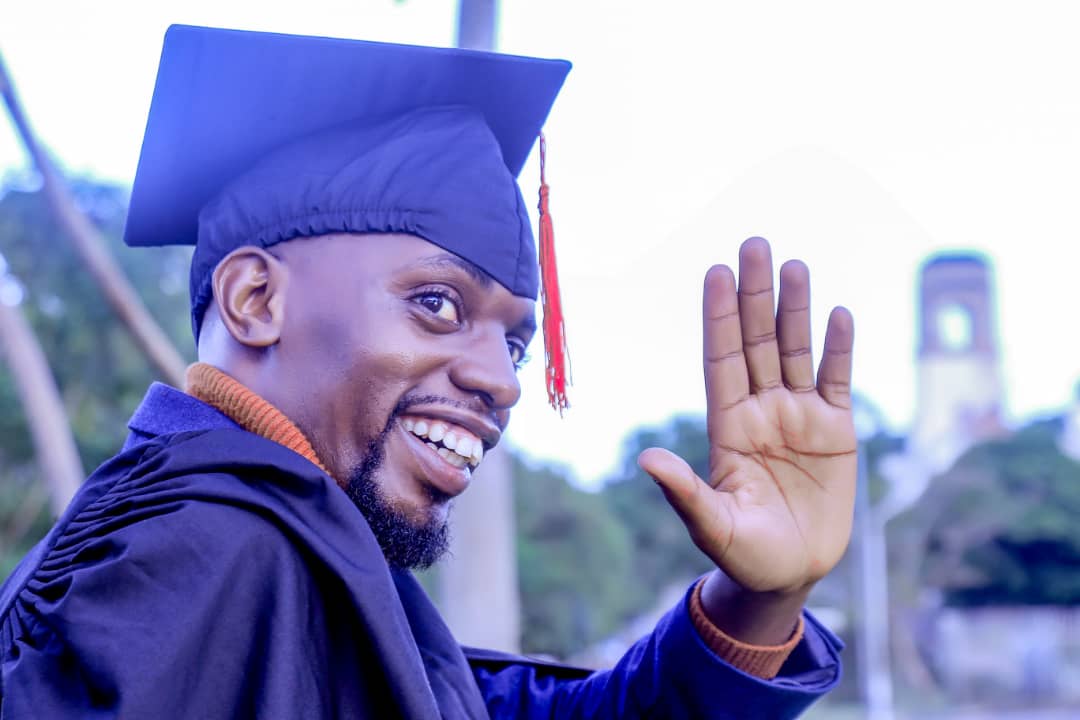 It is worthy noting that Burobuto served as Makerere Law Society (MLS) President, Law School GRC, Guild Speaker (twice) ,Acting Guild President for 9 months before attempting to run for Presidency in the 2021 general elections. The fresh graduate submitted his requirements to the Uganda Electoral Commission but unfortunately he was not nominated.

Speaking of today’s graduation, the former MLS President has celebrated the milestone by penning a heartfelt poem which narrates his nine-year stay at the Ivory Tower. Titled “The Ivory Tower, My Story”, Burobuto highlights on his innocence as well as the enjoyments that made his campus life memorable.

According to the poem, Burubuto joined Makerere as new as a virgin but he however did not waste a single second to taste what campus life had to offer.

Read his full poem below;

Opened my eyes to worlds I didn’t know existed
Awakened a passion in me whose stubborn nature I couldn’t easily contain nor understand
But ooh boy oooh boy God knows I enjoyed every bit in the fulfillment of such a powerful passion,leadership:!service of others(no pun intended)

Then you made my heart beat in ways that sometimes made me wonder if I weren’t in heaven itself ..ofcourse other times it burnt as if hell fire on earth.
then u taught me love..I loved and was loved

U were not finished with me..Hehehe
Without you what would I have been, what would I be , I will keep our secret as to why u held unto me longer until we are ready to tell the world. I pray that I don’t disappoint the trust u hv placed upon me for many were called but few were chosen. AMEN

Today as you finally release me to the world, be rest assured I will return to save you,

My  dearie, MAKERERE UNIVERSITY
We build For for the future ! Indeed?!