Man Confesses to Murdering Makerere University Student, Claims that she was Cheating on him 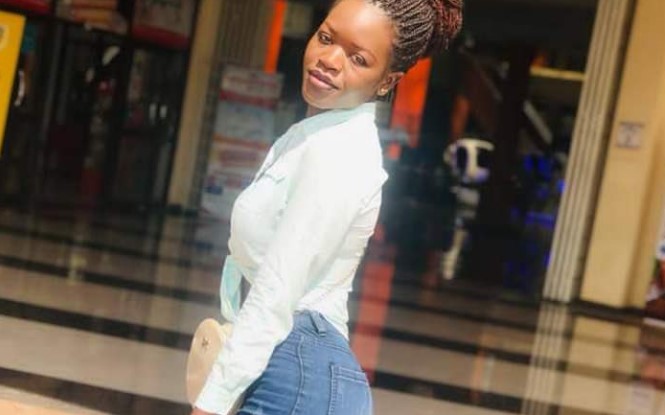 Nakabembe Jackeline’s death has been a disaster to all close friends and family since her disappearance last month.

The Makerere University prospective graduand was found lifeless after weeks of searching with allegations that she was raped and killed.

However, the latest police report indicates that the late Nakabembe was slayed by her relationship partner, a one Dickens Agumeneitwe.

The report indicates that Dickens confessed to the killing after tactful queries and interrogations that propelled him to spill the dark secrets.

The assailant claimed that his motive was vengeance-based since he suspected that Nakabembe was having an affair with other men, even without evidence to justify his heinous act.

Dickens was first taken in as a prime suspect since his number was among Jackline’s last contacts. With further investigations, operatives arrested Dickens Agumeneitwe after tracking Nakabembe’s phone.

The device was subsequently found in Naguru Go-Down where a resident only identified as Rasta was found in possession of the deceased’s phone.

The innocent Rasta knew nothing about Dicken’s acts and hence helped the officers in the search up to where Agumeneitwe was residing.

In Agumeneitwe’s house, Nakabembe’s photos, including passport-size ones, were found. Agumeneitwe was arrested, first detained at the Kira Road Police Division, and later at the Flying Squad headquarters at Kampala Central Police Station (CPS). He was subjected to a mental examination after flip-flopping was detected in his statement.

Dickens’ insecurity made him think that there was another man in Nakabembe’s life but tricked her using a phone number that she did not know, asked her to come to a date with him (as a new man interested in her). But Nakabembe was reportedly shocked when the ‘new catch’ she had gone to meet on her date turned out to be Agumeneitwe.

The murderer further told police that Nakabembe was shocked to realize that the new man she had come to meet was him. Reportedly, she went on her knees and attempted to apologize to her boyfriend but Dickens was too angry to listen to any apologies.

He led her to a nearby tree where he threw a nasty punch to her chest, near the heart, leaving Nakabembe breathless.

Police investigators have revealed that Dickens is a serial criminal with numerous files relating to sexual assault.

At the time of her death, Jackeline had just concluded her studies from Makerere University while pursuing a Bachelor’s degree of Arts in Development Economics and temporarily working at Wefunile driving school in Ntinda.