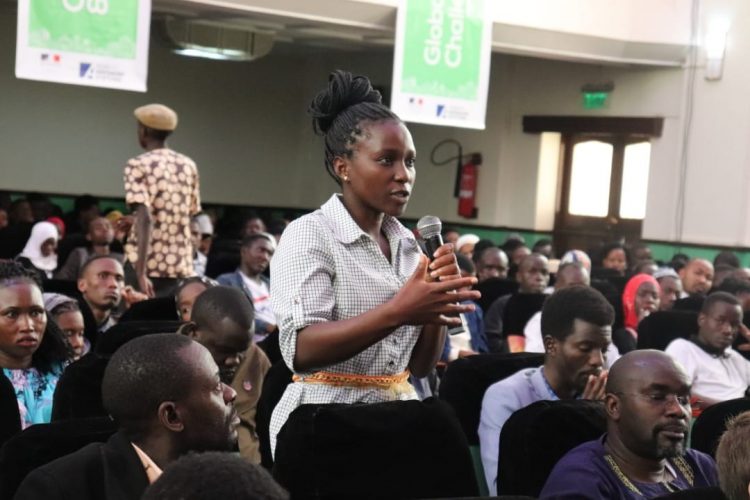 Judith Nalukwago, one of the guild presidential hopefuls at Makerere University won the highly coveted primaries for a single candidate of the University’s most popular hall solidarities.

The student residents of Lumumba and MaryStuart halls under their umbrella Lumbox solidarity cast their ballots on Monday, 16th March 2020 in their first ever formal guild primaries with an intent of getting a sole candidate for the upcoming guild elections.

The Lumbox fraternity had 6 guild presidential aspirants but only two showed up for the primaries. The two that took part in the primaries are Judith Nalukwago and the new kid on the block Isaac Mawerere Doka who over the weekend slaughtered a bull ahead of the polls.

Nalukwago won the race with 304 votes beating her opponent who had 62 votes. The registered invalid votes were 8 only. This therefore makes Nalukwago the guild presidential candidate to represent Lumbox in the Guild elections.

The other 4 guild aspirants who have reportedly been said to have boycotted the primaries for unclear reasons are Joshua William Mukisa, Tukundane Levi, Nicholas Kaaya and Harris Akampurira.

It should be remembered that Lumbox has made several attempts to have a Guild President but all their efforts were unproductive and it has ended up suffering a locus of disappointments after all their guild aspirants failing to make it through. With the most recent being Bruno Bayube who was kicked out of the race for failing to meet the electoral standards and Joshua William Mukisa who lost to the out – going guild President, Julius Kateregga.