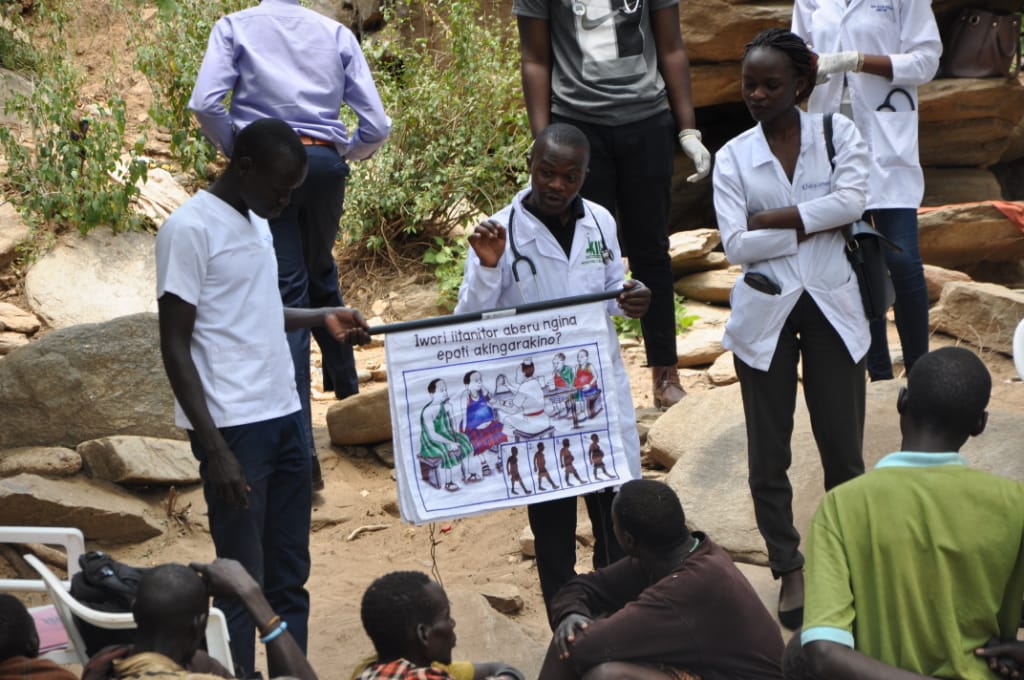 About 120 medical students from the various major medical schools – Makerere, Mbarara, Busitema, IUIU, St. Augustine, Kabale, KIU and Gulu under their umbrella association (Federation of Uganda Medical Students Association- FUMSA) left their campuses and boarded to the hard-to-reach areas of Karamoja to offer free medical services to the natives. They were accompanied by medical doctors, intern doctors and medical practitioners.

The medical camp, dubbed Camp Karamoja, is the first-of-its-kind initiative by FUMSA through its Standing Committee of Public Heath (SCoPH) to extend free medical services to the various inaccessible areas in Karamoja. This year’s camp launched in Moroto but extended to further areas like Nakiloro, Naput, Lokeriaut and even the Turkana region of Kenya.

In a speech delivered by the president of FUMSA, Dr. Mukembo Robert, he expressed his gratitude to this year’s organising committee of Camp Karamoja led by Aloysius Maraka Gonzaga, a student of MUST. “We had planned to come to Karamoja since 2014 but were unable to make it every year because of various factors like the distance, weather conditions and resources mobilisation. We are very grateful for the committee that has made this happen.”

The camp was commissioned by the president of the Uganda Medical Association (UMA), Dr. Ekwaru Obuku who expressed his delight and passion towards young medics, availed a team of medical practitioners and support from the regional health centers, alongside the various partners of the camp like Red Cross Uganda, Bulamu Int., Ministry of Health, Marie Stopes, TASO, Aporou, National Medical Stores, Wide Spectrum, Mercy Corps, Lacor Hospital and many more others.