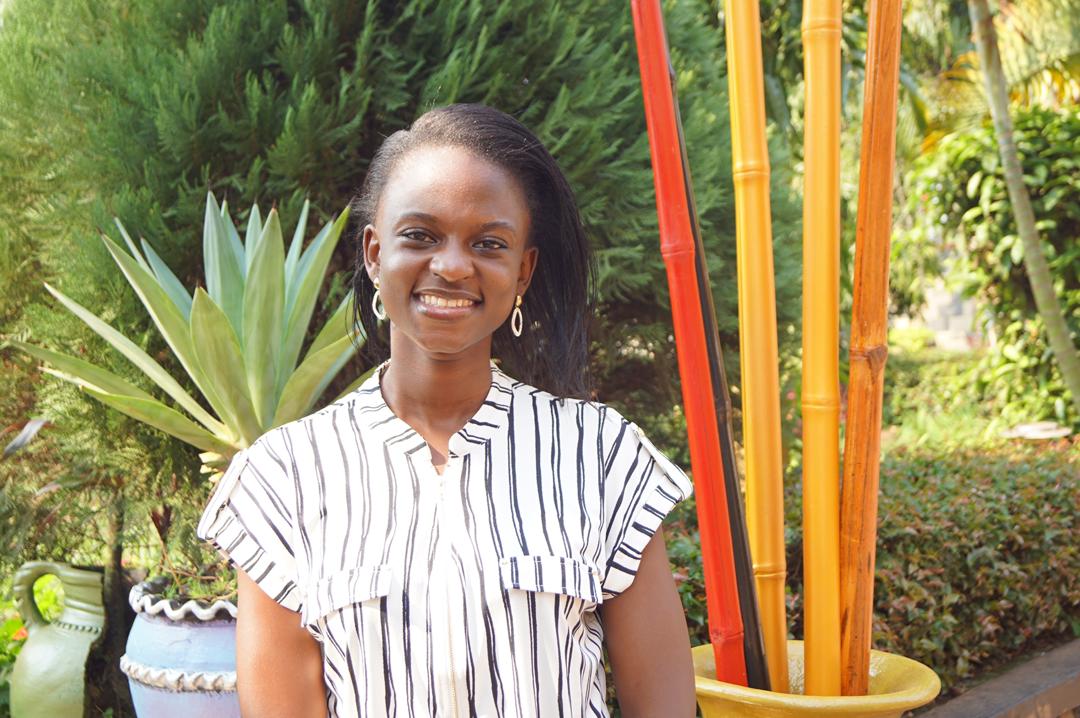 Asiimwe graduated this year (2020) with a Bachelor of Commerce (BCom), Finance from MUBS after which she diverted all her attention to running Evelyn Apartments together with her mother.

In an interview with Campus Bee, Asiimwe revealed that at the age of 16, she started to work with her mother in the day-to-day running of Evelyn Apartments. After finishing her final exams, Asiimwe’s mother took a leave and left her in charge of the multi-billion businesses for six months.

“She rested for those six months and it was just me running it because she called that a holiday. She was like I’ve taught you everything and now it’s time for me to relax,” Asiimwe told Campus Bee.

Besides being an expert in real estate, Asiimwe is also an accountant and a farmer who is currently growing tomatoes as well as other vegetables.

While running the businesses in the absence of her mother for six months, Asiimwe recalls one of her biggest challenges was when part of the roof of Douglas Villa Hostels was blown away by the wind following a heavy downpour. She was forced to relocate students until the roof was fixed.

“It was one of those challenges I didn’t expect to ever experience. You know one of the challenges we get is obviously fraud, tenants who come and don’t want to pay,” Asiimwe told this campus news website before adding that her grandfather helped her to get the roof fixed as soon as possible.

On how she handles employees who are older than her, Asiimwe noted that she respects all the people she works with who in turn respect her back. She says the virtue of respect was instilled in her by her mother who always reminded her the value of respecting everyone.

On how she manages to balance running a fleet of businesses, Asiimwe disclosed that that her job is to oversee and make decisions. She further explained that they created a system in that even when she’s not around, businesses would run smoothly.

In her advice to young people who would like to start-up businesses, Asiimwe emphasized that it doesn’t matter how much money one has but rather how they are thinking. In her opinion, one doesn’t need a lot of money to open up a business.

“It’s not about how much money you have, it’s about how you’re thinking about how to get where you want to be.” She said.