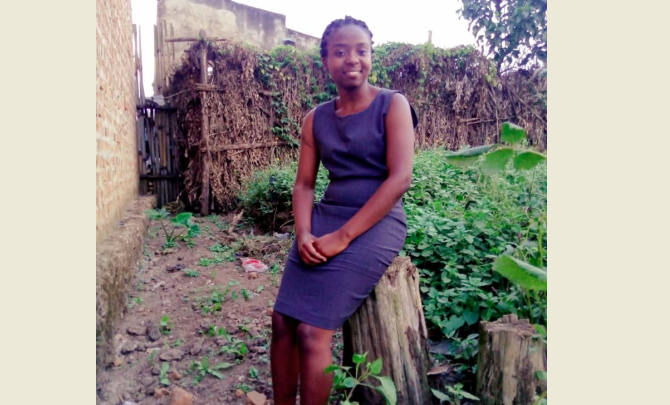 Deborah Busaro was on Saturday involved in a motorcycle accident that happened along the Rubanda -Kisoro road. Busaro has been a student at Metropolitan International University and an employee in the production department of the Diocese of Muhabura Bakery.

The motorcycle rider identified as Viola Ankunda was rushed to St. Francis hospital Mutolere where she is currently receiving medical attention.

According to Elly Maate the Kigezi Regional Police Spokesman, the deceased was the passenger on a motorcycle Registration number UDV 831X rode by Viola Ankunda, 21, a resident of Masaka village Chahi sub county in the same district.


More details indicate that Ankunda reportedly tried to enter the road and she was knocked by a Benz Actros number UAP 010 which was returning from the Democratic Republic of Congo, heading to Kasese.

According to eyewitnesses, the vehicle run over the deceased Metropolitan University student after knocking the two. Moments after the accident, her body was taken to Kisoro hospital mortuary, while the truck driver was detained by police.

We are Educated Enough to Live With COVID – University Student Leaders